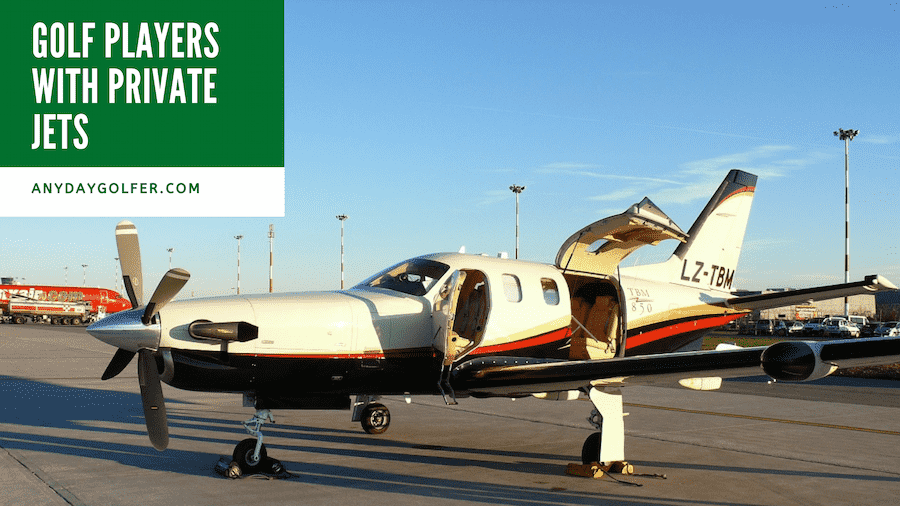 Golf is one of the most expensive sports in the world and if you play it, you’ll know that owning the gear, paying for memberships, and booking tee-off times adds up quickly. In fact, pro golfers earn more than most soccer, NBA, and NFL stars so it’s no wonder than can afford a private jet or two.

Pro golf players with private jets mainly use them to hop around the tour, and you can see why. Golf is a game of focus and handling pressure. We know this from just playing a round on the weekends, so can you imagine playing at an open with the whole world watching?  The pressure would be insane and the focus needed to manage it, out of this world.

The last thing you need is the stress of sitting in an airport and the possibility of delays and the airline losing your golf clubs, so a private jet is the best way to travel, even for each pro golfers game. So, who are the top 10 golf players with private jets?

Arnold Palmer is one of the original pro golfers along with Sam Snead and Beg Hogan who really put golf on the map back in the day, and handed the reigns over to Tiger….

Arnold Palmer doesn’t just own a private jet, he used to fly them. In fact, he lists his top 3 passions in life as his wife, golf, and flying.

He has owned multiple private jets while pursuing his hobby of flying to get him and his wife to beautiful destinations and, of course, the odd golf course and tournament. Over the years he said the Citation X was his favorite private jet which retails for $23 million. 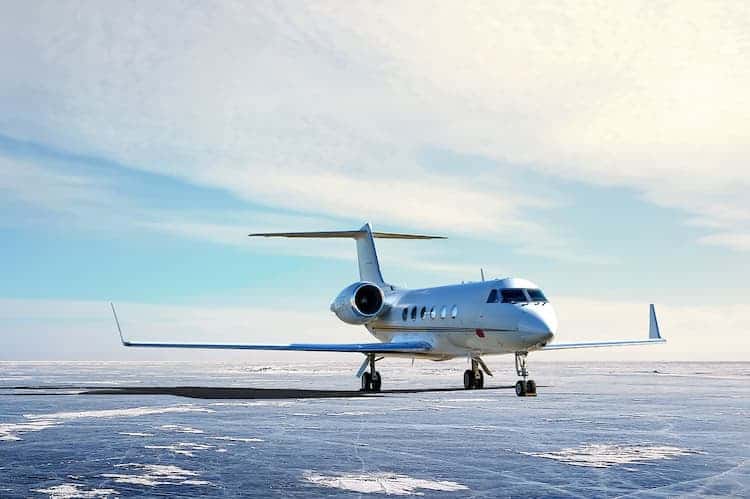 Phil Michelson is another pro golfer that next to Tiger helped to shape the game of golf to be as it is today. Phil also owns a Gulfstream like Tiger but it’s not quite as fancy.

Phil’s Gulfstream V has a range of 7,800 miles, seats 17 passengers, and retails for around $40 million dollars.

Jack Nicklaus is a little like Arnold Plamer in that as well as golfing, flying is a great hobby of his too. He has learned to fly both helicopters and planes and has owned a lot of private jets in his time.

The list is long when it comes to Jack’s jets and they include Cessnas, Lears, JetStars, Sabreliners, and quite a few Gulfstreams.

Jack’s favorite private jet is the Gulfstream III which goes for around $37 million.

Tiger woods, the man, the legend, and the pro golfer who put golf on the map more than anyone in the last 20 years with 82 PGA wins and 15 major wins owns a Gulfstream G550 private jet.

Now, when you take a look and Tiger’s net worth, which is around $1 billion dollars, then you can begin to understand why he has one of the most expensive private jets of all the golf players in the world.

His Gulfstream G550 retails for around $53 million dollars and it costs a few bucks to maintain and fly around in too. Tiger’s private jet can seat 19 passengers and fly close to 8000 miles without refueling, so where ever he needs to go, whether it’s for some downtime in the Caribbean or to Scotland for the British Open, his Gulfstream private jet has got it covered.

The South African pro golfer Ernie Els also owns a Gulfstream – everyone seems to love a Gulfstream in the golfing world don’t they.

Ernie owns a Gulfstream IV which goes for around $40 million dollars, seats 12-19 passengers depending on the model, and needs a crew of 2 people to fly.

There was an incident on Ernie’s private jet between him and Steve Marino where they got into a drunken friendly brawl after Steve teased Ernie that he was earning more than him.

Rory McIlroy rose to fame quite recently in the golfing world and is today one of the most exciting golfers to watch on tour. Along with his rise in fame, he also had a huge rise in earnings and instead of flying commercially in 1st class he went out and bought a Bombardier Challenger 605 so he could get around the tour without any hassle.

His Bombardier Challenger 605 cost him around $30 million dollars, but at least he doesn’t have to hop on British Airways anymore.

Payne Stewart, may he rest in peace, owned a Learjet 35 which cost him around $5 million. In a devasting accident, the plane crashed in South Dakota after the cabin pressure failed on a flight from Orlando to Dallas where he was meant to play in the year-ending tournament, The Tour Championship, held at Champions Golf Club in Houston. 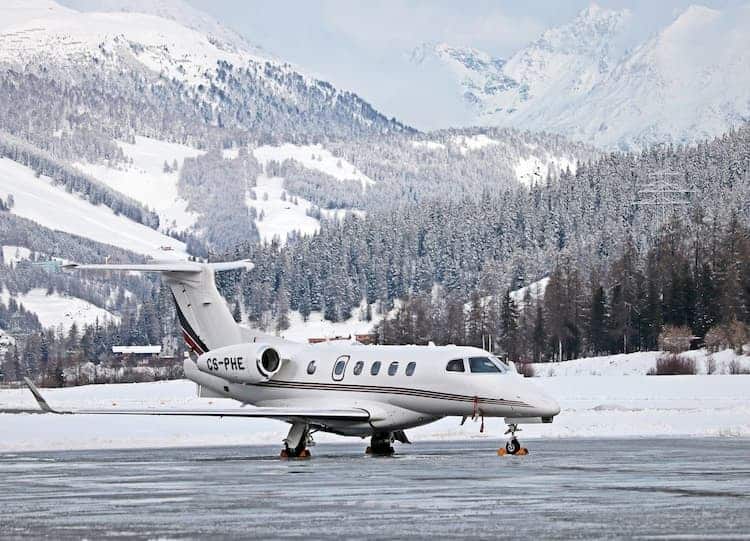 Sergio Garcia went a different way when he chose his private jet. The inspiring Spanish golfer went with a Hawker 4000 private jet – ever heard of them? We certainly haven’t and it’s not surprising.

While Sergio’s jet-set him back a casual $23 million dollars, and it is a great private jet, its time in production didn’t last long and is not the most popular of private jets around.

The Australian pro golfer, Greg Norman, aka The Shark is another golf player who is almost as passionate about private jets as he is about golf. Greg has owned, wait for it, 7 private jets in his lifetime and he started with one of the first private jets around, the Lockheed JetStar.

After the Lockheed JetStar, he upgraded and has owned two Gulfstreams, a Gulfstream V and a G550 since. Golfers and multi-millionaires around the world seem to prefer Gulfstreams over all the others.

Rick Fowler doesn’t quite own a private jet but he does have one on standby. Rick is sponsored by Puma and has access to their private jet, another Gulfstream V, to take him around the tour. He even hopped on Puma’s Gulfstream with his wife,  fitness model, and field athlete Allison Stokke for their honeymoon.

So, while Fowler didn’t have to shell out $40 million to ride around in his own private jet, he still gets to use a Gulfstream.. what a win!