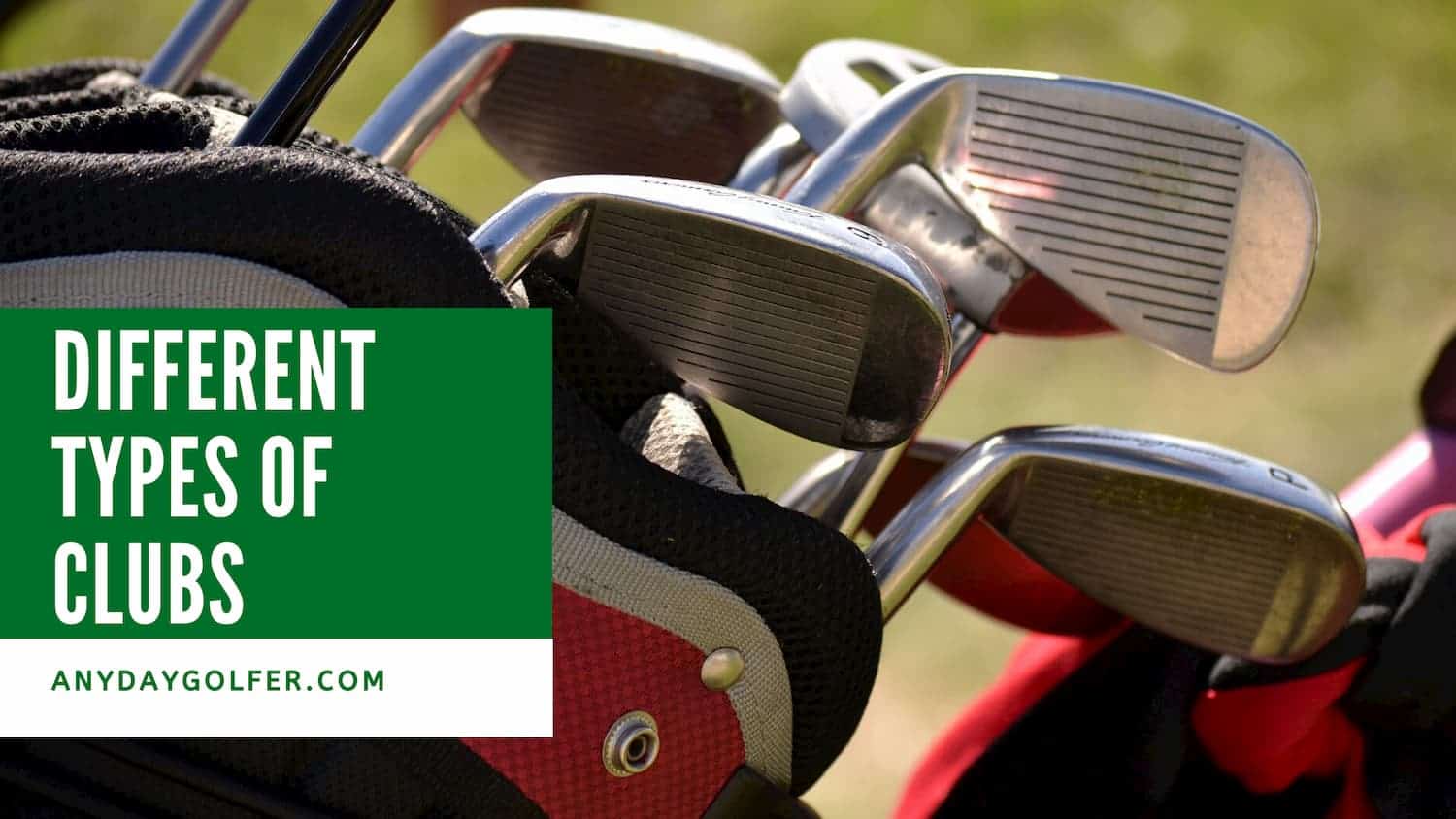 Different Types of Clubs – Everything you need to know

Golf, or at least the game we recognize by that name, began in Scotland in the 15th century. While similar games go back perhaps centuries before this, that’s when the so-called modern game of golf began.

“So-called” because the game played today has changed dramatically since the Scots started playing the game during the Renaissance. One aspect of the game that has changed completely are the types of golf clubs we use to play the game. Although today’s golf clubs have similar analogs to pre-modern clubs, they have definite differences.

Before the turn of the 20th century, golfers used cleeks, lofters, and niblicks. Until about 100 years ago, shafts were still made entirely of wood and the clubs had names like brassies, spoons, and baffies.

We don’t use any of those clubs today and wood is nowhere to be found in a set of modern golf clubs.

Today’s golf clubs continue to evolve, as evidenced by the surging popularity of hybrids since the start of the 21st century.

Here’s a look at clubs you would find in a modern set of golf clubs. Of the 14 clubs allowed in play in your bag, they will consist of some combination of these.

Of all the different types of golf clubs there are, one of the most expensive you will have in your bag is the wood. The name has stuck around, even though there is no longer any wood in the construction of these golf clubs. They consist of two varieties with similar designs: drivers and fairway woods.

The driver, once sometimes called the 1-wood, has the lowest loft of any golf club in the bag, aside from the putter. It is also typically the longest golf club in the bag, with a maximum of 48 inches being allowed by rule and an average closer to 45 inches. Drivers are designed to hit the ball farther than any other club and almost always are used off the tee.

Take a look at one of the best drivers in today’s market and you will see the advanced technology that has changed the game dramatically.

TaylorMade’s M5 has a head of 460 cubic centimeters, the largest allowed by rule. It has an injected thin face that butts right up against the limit of rules to provide greater distance. The face’s curvature is engineered to produce straighter shots. 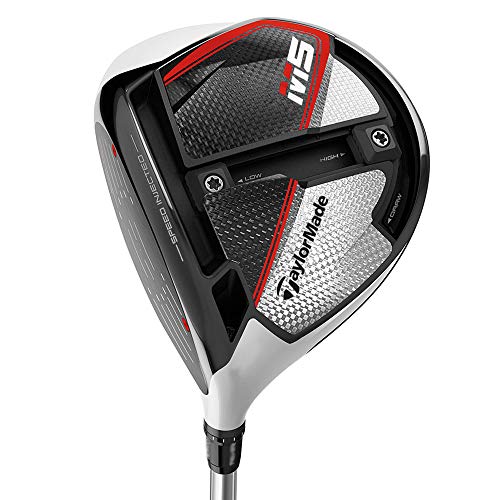 All with adjustable weights in the head of the driver allowing each golfer to dial in the perfect combination of forgiveness and launch angle.

Fairway woods come in a variety of lofts, generally ranging from 2-wood through 5-wood, although the 3-wood is by far the most common. Today’s golfers have added more wedges and removed longer clubs like fairway woods, which are less versatile than wedges.

Still, you will often find a 3-wood, which is similar in design to a driver. The differences are that a 3-wood has a smaller head, with less loft, and less bulk that helps the golfer get the ball airborne from off the fairway.

Many golfers can hit a 3-wood almost as far as a driver due to greater consistency. They will use a 3-wood off the tee when less length and more precision is required. A 3-wood often comes into play when trying to reach a par 5 in two.

Irons have smaller heads than woods with a blade-like appearance. In a set of irons, you will typically find a 3-iron through 9-iron, plus a pitching wedge and often a sand wedge. We are going to place those two wedges in a separate category with other wedges.

For the rest of the irons, they come in three basic categories. The long irons are they 3 and 4, although you still sometimes will find a 2-iron included in the group. The middle irons are 5 through 7, leaving the short irons as 8 and 9.

The long irons get that moniker because they are used to hit the golf ball greater distance. That is accomplished in two ways. First, the shaft is longer than shorter irons (those with a higher number). Second, the loft is lower.

The longer shaft allows for a greater arc. That promotes greater club head speed. Although there is no standard length for golf clubs, you will often find the 2-iron coming in at just under 40 inches, while the 9-iron is just about four inches shorter.

Professional touring golfer Bryson DeChambeau famously has all his irons at the same length, figuring it is easier to use one swing with all clubs at the same length. While some golfers are giving this a try, it has not yet caught on with the general golfing public.

The loft of a golf club also affects how far you hit the golf ball. A 2-iron has a loft of about 18.5-19 degrees, while the 9-iron comes in around 42 degrees.

A greater loft means the club will launch the ball higher. This means a shot that will land softer but carry less distance.

Most golfers these days prefer cavity-backed irons, which have an area behind the club face that is removed. This allows for more weight to be moved to the perimeter of the golf club, making the club more forgiving on shots not hit on the sweet spot.

The Cleveland Launcher set of irons is a good option for most players.

We are treating wedges differently than the other irons because of their versatility. With your irons, you need to determine how far you hit each one. For example, you might choose a 6-iron for shots anywhere from 140 to 155 yards. Your wedges are almost always used for a much wider range, generally from about 100 yards and in.

That’s why many golfers choose to have at least three, and often, four wedges in their bag. They are just one of the types of golf clubs that people tend to have a lot of.

A pitching wedge is often used for full shots from around 100 yards away. They are also used for shorter pitch shots that can be hit with a lower trajectory.

A sand wedge has a bit more loft than a pitching wedge and can also be used for full-length shots. As the name implies, it is often used to hit from the sand. Sand wedges can have a variety of looks, especially when it comes to “bounce.”

The bounce is defined by the amount of angle created between the leading edge of the club and the trailing edge. More bounce is often more forgiving, although which one is best for you is often determined by your swing and the condition of the sand you normally play in.

A lob wedge can be difficult to hit as it has the highest loft of any golf club in the bag. It is best used when you need to land the golf ball softly on the green, often flying over obstacles such as sand traps. As greens have gotten faster in recent decades, players are turning more and more to lob wedges.

If you can become proficient with a lob wedge, it will definitely lower your scores and help prevent disasters around the green.

Cleveland makes great wedges, including the CBX 2 which is available in a wide variety of lofts to fit any game. 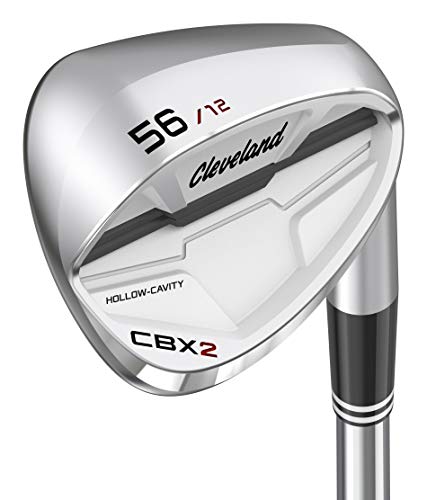 Putters have very little loft and can appear to have no loft at all. They do need a bit to help get the ball rolling with top-spin, which helps keep the ball on its intended target line with the proper speed. You want to avoid the ball skidding or bouncing before it begins to roll.

There are two general types of putters, blades and mallets. Blades may offer greater control and are often preferred by low handicappers. That has begun to change in recent years as mallet-style putters offer greater forgiveness.

The Evnroll ER8 Tour Mallet is a beautifully designed putter that has many of the best aspects of both types of putters. 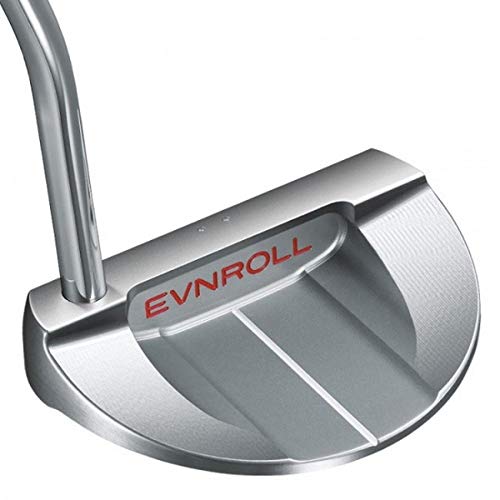 Hybrids are a relatively new type of club when you look back at the history of the sport. They combine aspects of both fairway woods and long irons. They are intended to replace long irons. Long irons are often the most difficult golf clubs in the bag to hit. The relatively small club head and low loft makes that so.

Hybrids allow for a larger club head, which in turn allows more weight to be moved lower and behind the club face. This makes hybrids much easier to hit and get the ball airborne and more forgiving on off-center hits.

The Callaway King F8 series of hybrids are terrific performers and are sure to be a good way to hit those difficult longer shots. 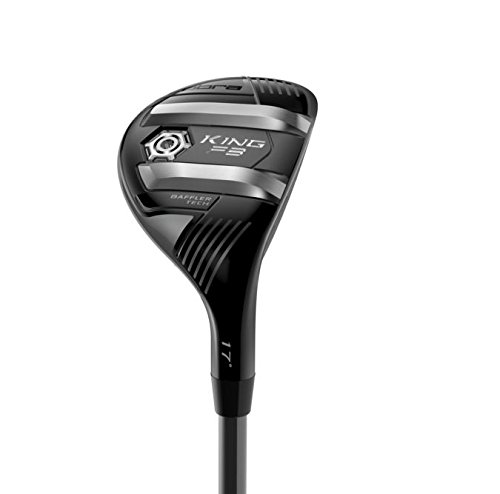