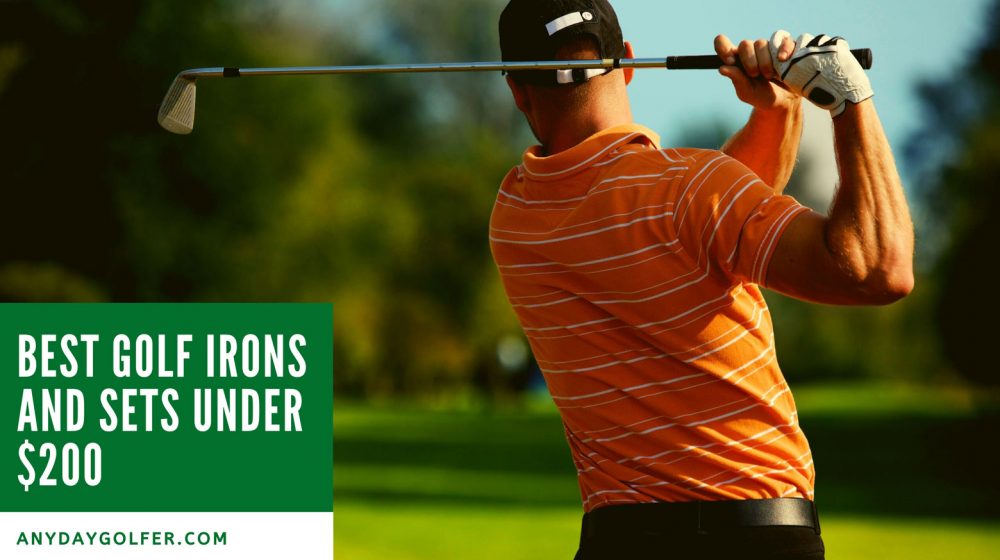 If you’re looking for the Best budget golf clubs then you’re probably just starting to play golf or have come back to golf after a long time off from playing and want to upgrade your clubs.

Golf over the past few years has become increasingly more expensive to play, Green fees have gone up and equipment costs are getting out of control. Take the new Callaway GBB Epic irons $1599 for a set of irons! Crazy.

However, golf doesn’t have to be expensive to be fun or get golf equipment that suits your game at a reasonable price. We have found some great golf irons at all price levels to suit every budget. We have included some quick links below.

What will the quality be like on a budget golf set under $200?

I know in my case the answer would be NO. I have played with some top of the range clubs and to be honest, at my level of golf there wasn’t much difference. Certainly not enough to warrant spending $1599.

Instead, if you invest a smaller amount under $200 you get decent enough clubs to last a couple of seasons. And you get to figure out if you like the game enough to invest more. 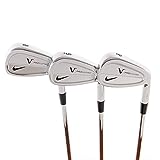 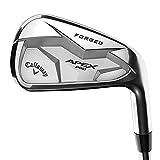 What’re the best irons for beginners?

We get asked this question all the time and our answer is always the same. If you can afford to get fitted for a new set of irons then that’s your best bet. Without a doubt, a set of irons custom fitted to your needs is the best option.

The majority of new golfer will just buy a set of cheap irons from eBay or Amazon and to be honest I was the same when I first started. There’s nothing wrong with just buying a set and start playing. Who cares if they’re not the latest set or the most expensive club on the market. You’re playing golf and that’s all that matters. Have fun and just play!

The clubs are the longest in the set and normally known as LONG IRONS due to their length 4-3-2 Irons. Only God can hit a good 1 Iron. LOL Not all cheaper sets of irons will contain a 3 or 4 iron.  The shaft length tends to decrease as the loft angle increases. Long irons are designed for distance and due to their low loft, you can expect a lower ball flight.

The alternative would be to use a Hybrid like the Taylormade M4 Hybrid, they allow for a higher ball flight whilst still gaining distance. They are also a little easier to hit than a 3-4 Iron.

Normally classed as 5-6-7 irons have a higher loft, and are normally the bread and butter irons to use. They help the ball climb higher with a more curved trajectory. Most golfers feel at home using these irons due to their length and nice high ball flight. Hence the reason some club manufacturers have released a full set of clubs called SINGLE LENGTH clubs. Cobra is one such brand to make these types of clubs. All the clubs in the set from 9 iron to 5 iron are 7 iron length. This means you need to put your normal 7 iron swing on all clubs. Making it easier for you to have a consistent swing and shot. CLICK HERE FOR MORE DETAILS.

Mid irons are shorter and have a bigger, more forgiving clubheads that make them beginner-friendly.

These clubs are the shortest in your set apart from your wedges. They include 8-9 and pitching wedge iron. They are the highest lofted and with the shortest shafts, making ideal for shots under 120 Yards. You would use these clubs as you close in on the green.

All these clubs will be included in your new set of golf clubs.

Read our article on BEST GOLF BALLS FOR BEGINNERS

You will also need one or two wedges. One for sand bunkers like a 60Deg wedge and a gap wedge apx 54 Deg of loft and sometimes a 50Deg for those short chip shots. These will need to be purchased separately. We have included some links below to make it easier for you.

If you are on a budget I would say just buy your set of irons and then buy a Driver, Hybrid, 2 wedges and a putter. That’s all the clubs you’ll need.

The main point we’d like to get over to you is, just play golf! No matter what type of clubs you have or buy, how cheap or expensive, don’t let anything stop you from playing and having fun.

Buy a set that you can afford and go play golf.