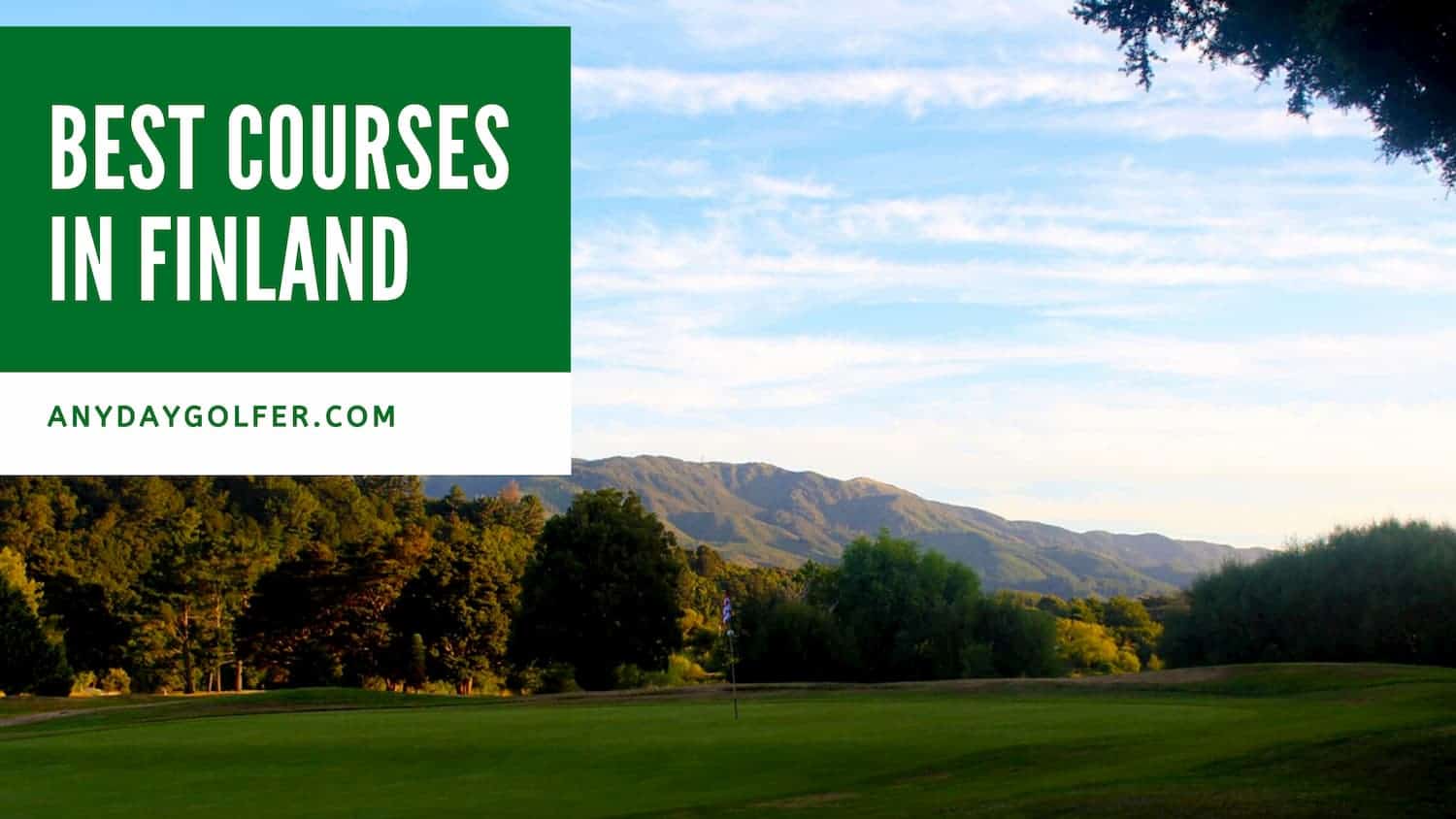 You would be forgiven if you dismissed Finland as a golf destination. The abundant snow in winter makes this Nordic country a haven for winter sports, especially skiing.

Indeed, golf was an afterthought for residents for quite a long time. For many years, you could count the number of courses in Finland using both hands, with a few fingers left over.

That has changed dramatically, as 24-hour sunlight and mild summer days make this a great place for golf between May and September. Finland has, at this writing, more than 160 days.

Here are some of the best courses in Finland.

Just 40 kilometers from Helsinki, Finland’s largest city, is Kytaja Golf, home to two 18-hole courses, both among the best in the country.

The South East course is home to tree-lined fairways and gorgeous vistas, particularly on the back nine when Lake Kytaja comes into view.

Expect pristine conditions and some of the best putting greens in all of Finland at Kytaja, which is open from mid-May to mid-October.

You will rarely find Linna anywhere but near the top of any Finland golf rankings. And that is for good reasons.

The course winds its way through a forest and sits next to the Vanajan Linna Hotel. Lake Katuma provides the backdrop for spectacular views and some challenging holes.

Linna hosted a European Senior Tour event. This course is among the best in all of Scandinavia, not just Finland.

Perhaps the defining feature of Linna is its large and fast greens. Just finding the green in regulation is no guarantee of a two-putt par.

At its full length, Linna is quite challenging. However, it has a variety of teeing grounds that can keep it playable for less-skilled golfers.

Its location on the Gulf of Bothnia means slightly more moderate temperatures and allows the two courses at Nordcenter the ability to open as early as mid-April, often a one-month head start on its competitors.

There are two courses here, the Fream and Benz, named for the architects of each course. The Fream is longer but a bit more wide open. The tight nature of the Benz course might make it the more difficult of the two.

Both courses are par 72.

The Fream course is sit right alongside the water’s edge, affording it the more beautiful views, with the sight from the 6th hole being especially striking.

This area alongside Lake Syvari is known for its recreational activities. Skiing in winter is popular, of course. But the summer months means the snow sports give way to fishing, hiking, and golf.

It is the latter we are interested in, and Tahka delivers. That’s especially true of the Old course here, one of two 18-hole courses.

The scenery at the Old course is second to none in Finland, with the water coming into view – and into play – on the back nine.

The golf course at Ruuhikoski was designed by Robert Trent Jones Jr. In keeping with many of Jones’ other courses worldwide, shot-making is at a premium here.

Ruuhikoski first opened in 1992, just as the sport began to bloom in Finland. It has recently been updated and is routinely listed in rankings of the best in Scandinavia.

Expect to find nice scenery, a theme for almost any course in Finland, as the course winds its way near the many waterways of the Ostrobothnian region.

The weather can be brutally cold in winter, so check ahead for when the course opens in the summer.

Before a redesign ending in 2006, Vuosaari would not have made any best-of lists. But the two-year long renovation changed all that.

Golf course architect company Mackenzie & Ebert took on the challenge and turned this into a true links course.

It is common in Finland for courses to deal with ice damage from the winter months. Mackenzie & Ebert took care of that problem, meaning this course is in fine shape shortly after opening for the season.

Once the site of an old dump, Vuosaari now proudly takes its place among the best of Finland.

Waterways and bountiful forests combine to provide terrific scenery for almost every Finnish golf course. It is a recurring theme, none more so that at Paltamo, which sits astride Lake Oulu, a large body of water not far from the Russian border.

Another course designed by Ron Fream, Paltama features largely flat terrain that required quite a bit of earth moving by the architect.

But the huge firs and lovely birch trees, along with plentiful water, combined to provide plenty to work with.

Although it is a bit off the beaten path, even by Finnish standards, Paltamo is worth the visit.

The history alone of this club is worth an entry on this list.

Few courses were around in Finland during World War II, but Viipurin was among them.

Damage suffered during the war forced the club to move from Helsinki to Lappeenranta, some 140 miles away.

Even today, the club is spread over two sites, with a nine-hole course closer to the city of Lappeenranta.

The 18-hole Etela-Saimaa course is the better layout and provides great views (what else?) alongside Lake Saimma.

If you like mild temperatures, 24-hour sunlight, beautiful scenery, and great golf, it might be time to consider Finland as your next golfing vacation. At least during the summertime.