Ping G400 Driver Review -A Combination of Distance and Accuracy

In 1959, a frustrated golfer who worked as an engineer at General Electric began making putters in his garage. By 1967, Karsten Solheim quit his job at GE to focus on his new golf business that he named Ping because of the sound made when the struck the ball.

Solheim’s engineering background was the perfect fit for creating golf clubs. Before, clubs were designed mostly by trial and error. Ping drivers use scientific principles like perimeter weighting to change the game.

Ping has never been afraid to try new things, introducing the game’s first high-quality clubs made from investment casting, and being the first to offer clubs fitted to different golfer builds.

Branching out from putters to include every club in the bag, Ping’s approach made it a likely candidate to create the Holy Grail of drivers. Greater swing speed, and the greater distance off the tee that accompanies it, has always meant a sacrifice in accuracy. The opposite has always been true, too.

Ping is no longer the only manufacturer to use scientific principles in the quest for the perfect club, but it has come close to creating it with its Ping G400 driver. This driver offers a number of innovative design elements that help create greater swing speed while maintaining forgiveness.

To make the club more forgiving, Ping has a dense tungsten weight added to the back of the club.

Virtually every golf club manufacturer of note will try to impress you with fancy names for its technological advances. Don’t be distracted by Ping’s Dragonfly Technology. All you need to know is that technology creates a very thin crown and skirt of the club, allowing for a perfectly placed center of gravity (CG) and higher moment of inertia (MOI).

Both the CG and MOI help create greater forgiveness off the tee. This is enhanced by an adjustable weight in the back of the club made from tungsten, an exceptionally hard and dense metal.

You can adjust this weight to alter the club’s loft by up to one degree in either direction. The Ping G400 driver is sold in 9 degree or 10.5 degree lofts, giving you plenty of adaptability when it comes to launch angle.

The Ping G400 driver has a combined MOI of 9,000 grams per square centimeter. The higher the number the more forgiving the club, and this is likely the first time any driver has reached that number. It also has a CG that is lower and deeper in the club than any other driver. All of that makes this one forgiving driver.

But what about ball speed? Like with accuracy, Ping has two different approaches that make this a big-hitting driver.

First is the face of the club, what Ping calls the forged T9S+ face. No need to try to figure out what that stands for, just know that this is a thin face that allows for greater flexing and high swing speeds.

Second is the shape of the club head, which has what Ping calls “turbulators” and VorTec Technology. Just more fancy terms. The important thing to note is that all this technology reduces drag, 15 percent overall according to Ping, which helps with club head speed and ultimately, ball speed.

At 445cc, the club face is slightly smaller than the maximum 460cc allowed by rule. Larger club heads are the norm in today’s drivers, even though they typically produce slower swing speeds. This is logical since the smaller the club head, the less weight it has, and the faster you will be able to swing.

Ping promises plenty of distance while reducing your dispersion rate off the tee. Dispersion rate is merely a measure of how closely your drives cluster around the center of your target area. 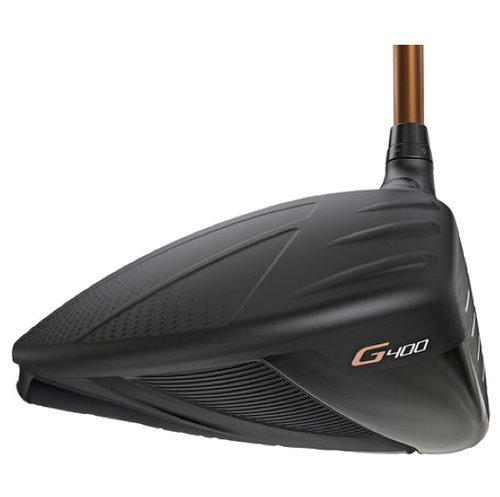 In the past, Ping was known for favoring form over function, so much so that many people felt Ping clubs were downright ugly. That is clearly no longer the case, as the matte black finish on the head is pleasant to look at and offers great comfort at address.

It also has pretty neat shaft effect. The Ping Alta CB Premium Shaft performs as you would expect for a high-end driver. But it is the color that is striking.

The shaft is a copper color that turns almost black at address. This color-shifting technology reduces glare when at address.

While aesthetics has never been that important to Ping, acoustics have been. After all, the company got its name from the sound its club produces at impact. So, both sound and feel are important!

The internal structure of the G driver is designed to reduce vibration and the sound frequency, producing more of a muted note than previous Ping models.

You can complete an entire set of G400 clubs, as Ping has produced an iron set, 3-wood, and hybrid. The G400 is not the longest driver you can find on the market, although it is still plenty long enough. If you need extra distance, consider the G400 Max, which the company promises will add yardage to your drives.

So what’s the verdict?

The Ping G400 is a high-quality club that would be a good fit for every level of golfer. While its forgiving nature is great for amateurs, it is long enough that a number of professionals put it in their bag as soon as it hit the market.

It may not be the Holy Grail of golf drivers, but the G400 may be as close as you will find. You can find these drivers for under $400. While that may seem like a high price for many golfers, know that you will get years of a high-performing driver. 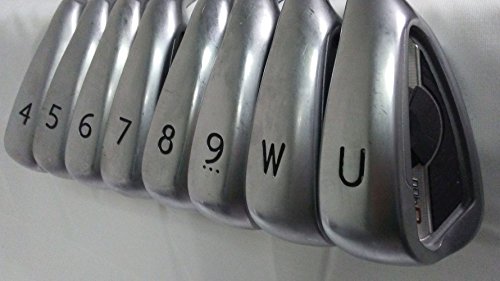