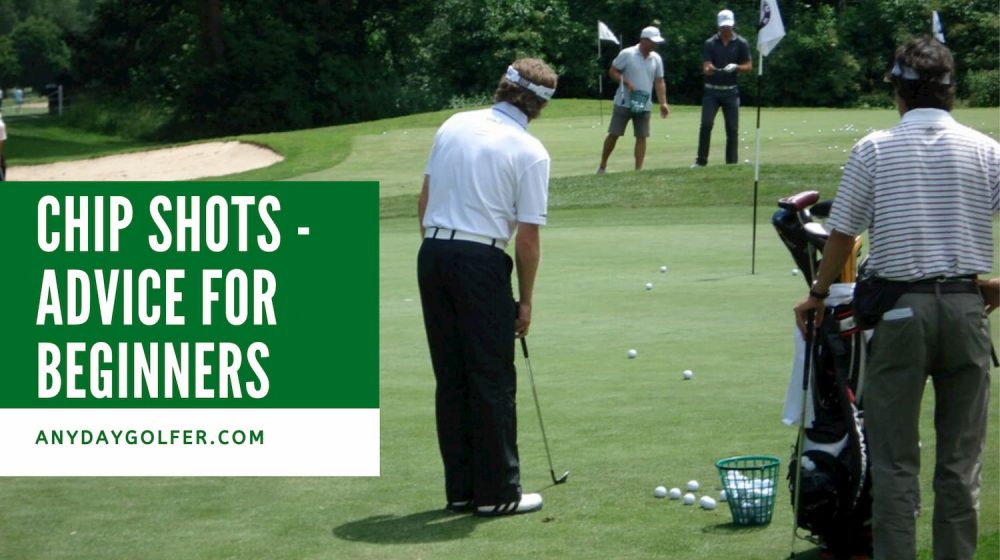 Any beginner golfer can tell you one of the more frustrating parts of the game is chipping around the green. You can get very close to the green and watch your score balloon as you chip back and forth across the green.

Getting near the green in regulation then making a big score is an awful feeling. There are ways to minimize the damage, with two popular approaches.

Get the ball rolling

The first approach involves a philosophy that says it is best to get the ball rolling as quickly as feasible. How does that look on the course?

The answer to those questions will help you determine where you need to land the ball. If you are chipping to a flat green with nothing between you and the green, you will want to land the ball just onto the green and allow it to run out to the hole.

The length of that shot will help you determine which club to choose. You can chip with almost every iron in the bag, although the shorter irons are more likely. In certain specific situations, you might even choose a fairway wood, although some people might consider that a putt more than a chip.

Use the same club

While the above advice has been given for golfers of all abilities for decades, players are more and more using the same club for all (or almost all) of their chips.

The reason why is two-fold. One, today’s greens are faster than they used to be. What that means in practice is using a lofted club, often a lob wedge or sand wedge. The second reason is using one club exclusively will allow you to become more proficient with that club.

Whether that skill you attain with some kind of wedge may or may not make up for the fact that it might not be the best choice of shot for every situation.

Each golfer needs to make that determination on his own.

Another possible advantage to this approach is that you can chip with the same club until you get to the point where you feel comfortable with it. Then add another club to your arsenal, and keep doing so until you are able to use the first option.

Regardless of which approach you take, or any other approach, there are certain things you can do to help you chip more consistently.

Experienced golfers will often use an open stance and open club face to chip the ball, especially on trickier shots. Beginners may want to stand square to the ball and use a putting stroke.

When we say a putting stroke, we mean one that uses the larger muscles of the shoulders to swing the club. There is little to no wrist action in the swing, but maintaining a one-piece swing with your arms and the club as one.

This will allow you to be more consistent and is an easier way to chip the ball.

One common problem beginners and non-beginners alike with chipping is either hitting the ball too hard or too soft. Often this is a result of either speeding up or slowing down the swing on its downward path to the ball.

The best way to combat this is to practice swinging the club back and forth the same distance.

This is different from a full swing where you often follow through further than you will on your backswing. Another difference is taking a divot.

On a full iron shot you should be taking a shallow divot. A chip shot needs an even shallower swing, one that doesn’t take a divot at all. 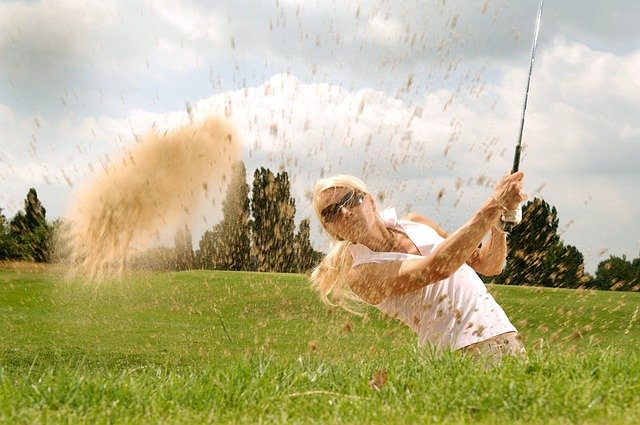 Take a few practice swings to get the feel of brushing the grass with the club. That is the technique you want to perfect when chipping the ball.

If you are facing a shot from a thick lie in rough, you will need a steeper swing. The reason for that is due to the fact you want to hit the back of the ball first. This may not be entirely possible, but the idea is to not have grass come between the club and the ball.

In taking your stance, you will want to stand closer to the ball than you would on a full shot. This will mean the club face will have its heel standing slightly higher than the toe. This feels awkward for many beginner golfers. If so, it will require more practice until it is second nature.

You also want to stand with your weight slightly on your left side and not shift your weight as you would during a full stroke.

One last tip: if you do decide to chip with something other than your wedge, you might want to choke down on the grip a bit to compensate for using a longer club.

While this tips are great for beginning golfers, they can be utilized by all golfers to help their short games. Beginning golfers will miss more greens than more experienced and skilled golfers. That means they will face more chip shots than other players.

Since that is the case, beginners might want to spend more time practicing chip shots. Don’t be a hero. Try to remember that a chip shot followed by two putts is not a bad result. Accept that bogey is not a bad score for a beginner.