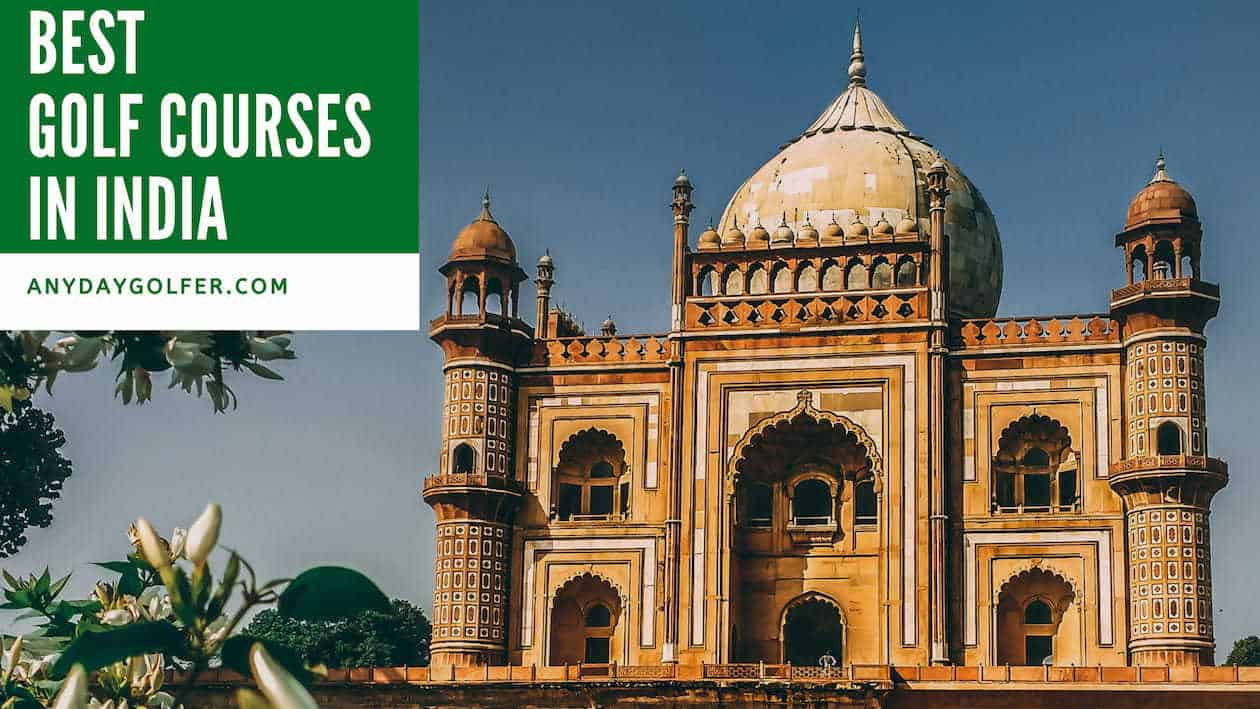 India’s amateur championship is the second oldest international tournament, behind only the British Open. The U.S. Open is three years younger than the All-India Amateur Championship, first held in 1892.

Here are some of the best places to play golf in India.

What better place to begin with the host of the Hero Indian Open, a European Tour sanctioned event. The DLF’s Gary Player Course only opened in 2015 but has already been named “Best Course in India” twice by the Asian Golf Awards.

The Player course is challenging, with an island green to contend with on the front nine and an entire course that stretches beyond 7,600 yards from the back tees. Fortunately, there are six different tees to choose from, changing the way the course plays dramatically.

The nine-hole Arnold Palmer course offers a great deal of fun and the first to offer play at night in India. DLF is located in Gurgaon, to the southeast of New Delhi.

Gulmarg Golf Course – The Highest In The World

If you want to tick off something on your golf bucket list then the Gulmarg Golf club in Kashmir is one to visit. It is the highest green golf course in the world at 2650 meters (8694 ft). And it is perhaps one of the oldest as well, having been founded by the British back in 1911.

And don’t think it is a walk in the park either with championship tees and a total distance of over 6km, it will challenge the best golfer in India!

We go to the southern part of the country for our next choice. The Karnakata Golf Association in Bangalore fully opened in 1986 but its roots go back to the association’s beginnings in 1973.

This Peter Thomson design sits on the former site of the Chalaghatta swamp. It is 7,219 yards from the championship tees but the course sits at 3,000 feet above sea level. Your ball travels farther at higher elevations, shortening this course by a bit.

Known locally as the Lodhi, this New Delhi course offers some spectacular views. It was built upon the ruins of the Moghul Empire and there are numerous archeological sites along the way. Every hole is named for a bird, fitting for an area that hosts numerous bird species.

Monsoon rains create a lush environment here, so much so that balls missing the fairway might well be lost. This puts a premium on shot-making.

If it’s scenery you seek, look no further than this public golf course in Kashmir. Set aside the Zabarwan Hills, Royal Springs was the first and only course in India designed by Robert Trent Jones Jr.

The elevation, at around 9,000 feet, will require some adjustments as you will definitely hit the ball farther than you would at sea level. The surrounding areas here are stunning, with plenty of local wildlife on and around the course.

Unlike Royal Springs, much of Royal Calcutta sits below sea level. This is a historic place for Indian golf, as it is the oldest club in the country. Founded in 1829, water is so ubiquitous here that there is no need for sand traps.

This is a deceptively difficult course as it appears to be wide open. This is another Peter Thomson re-design, along with John Harris.

While Royal Calcutta is the oldest, Oxford Golf Resort is among the newest entries here. Located in Pune, just 100 miles southeast of Mumbai, this course is noted for elevation changes, as it sits along the Sahyadri Hills. Most of the course runs in the valley below the hills.

Among its toughest is the third hole, a 563-yard dogleg par 5. To make things more interesting, a stone wall cuts across fairway near the landing area.

Oxford is not just a golf course. It is a full resort, with all the amenities you would expect.

Located in the westernmost state of India, Kalhaar was only the second course in the country designed by the great Jack Nicklaus. Nicklaus relied on his American roots, as the design was set up to USGA standards and features grasses imported from the United States.

This is among the most difficult courses in all of India, with water hazards seemingly everywhere.

Golfers will find everything they need here with a pro shop, practice facility, and a golf academy.

Like Nicklaus, Greg Norman parlayed his considerable success in professional golf into one of the premier golf design firms in the world. Jaypee Greens is Norman’s lone entry into Indian golf.

Like Nicklaus’ Kalhaar, this course is a long one with plenty of water. Water comes into play on more than half the holes. Adding to the difficulty are a large number of bunkers. Before it was a golf course, this was a virtually featureless landscape. No more, as Norman and his team created a marvelous transformation.

While Norman had to make something from nothing at Jaypee Greens, the Aamby Valley Golf Course follows the lay of the land. Little wonder, as it sits on a plateau in the Western Ghat Mountains, offering the kind of vistas golf that designers dream of.

The course is a part of the master-planned Aamby Valley City. This is a luxurious place, with 91 percent of its 10,000 acres that are to be left as open spaces in perpetuity. You will be hard-pressed to find a more elegant outdoor setting in all of India.

This course has been around for more than 90 years and is more inviting to the casual golfer. It has a par of 70 and is surrounded by housing on all sides in Mumbai. While it is not a long course, it sits on a small site. That means errant shots are penalized heavily.

A fairly recent redesign brought the course up to modern standards.

This should not be seen as a comprehensive list of all great courses in India. This is a large country with a long history of golf. This shines through in its courses throughout the land.