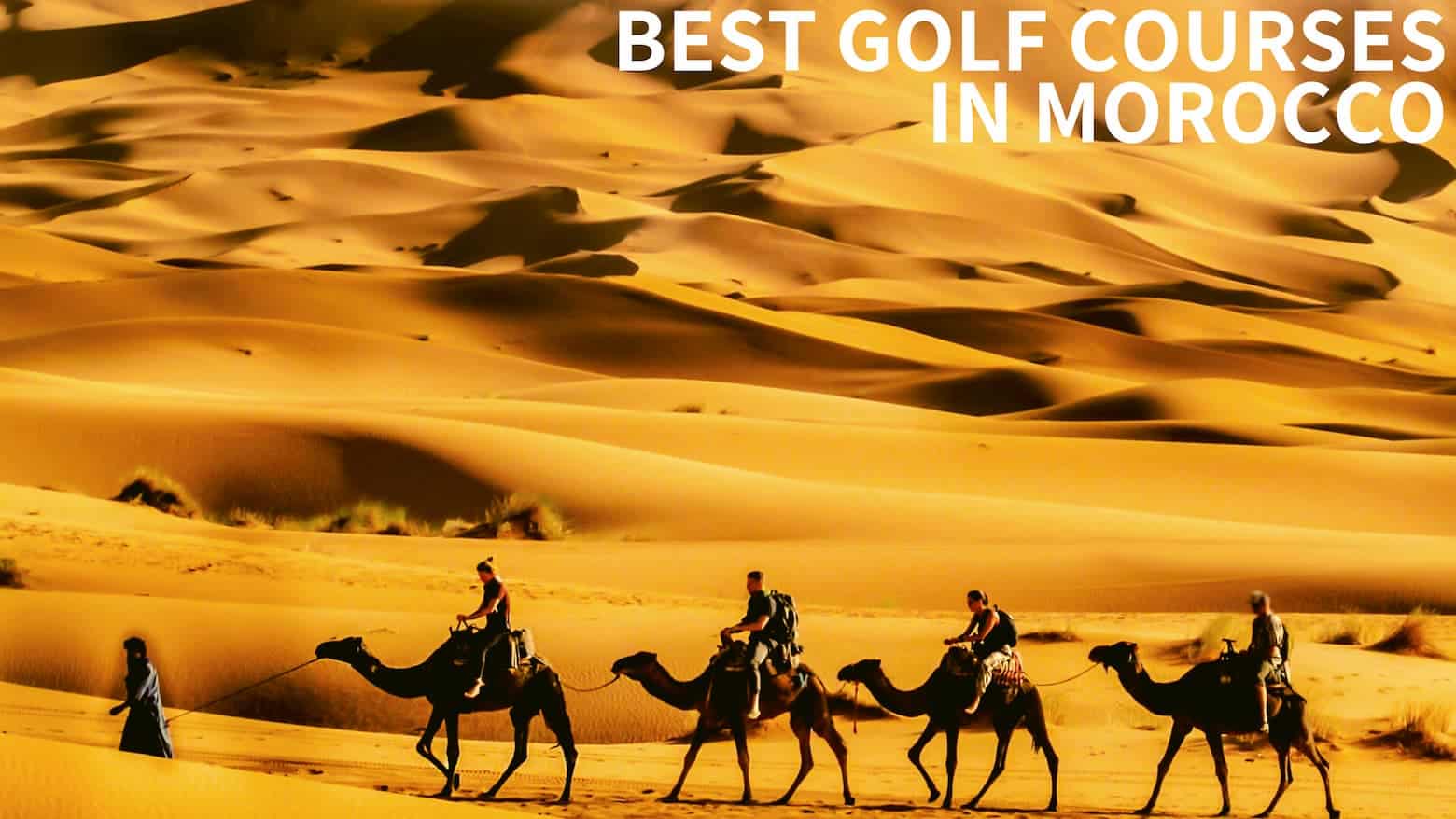 While much if Europe has been slow to recognize it, Morocco has some fine golf courses, and has for a very long time. That is beginning to change, as more and more Europeans are discovering the great courses of this country in North Africa.

Morocco is a large country, but the bulk of its courses can be found near its expansive coastlines on both the Atlantic Ocean and Mediterranean Sea. This is a country that has seaside vistas and year-round warmth that makes for great golf.

Grab your golf clubs, because here are some of the best golf courses in Morocco.

Evidently King Hassan II, ruler of Morocco from 1961 until his death in 1999, was a lover of the game.

The king commissioned famed American course architect, Robert Trent Jones, to design a golf complex on a massive piece of land just south of Rabat, on the Atlantic coast.

Jones’ effort resulted in Royal Golf Es Salam, 45 glorious holes that are among the finest in the country, if not the entire African continent.

No expense was to be spared, as Jones brought in columns from the ruins of an ancient Roman city elsewhere in Morocco. While that might be a novel touch, you can expect many of the signature design elements of Jones: doglegs, large bunker, and raised greens.

It’s a spectacular setting spanning some 1,000 acres. No golf vacation to Morocco would be complete without a visit.

Originally built in the 1960s, a redesign in 2016 resulted in the Red course being the finest of this group, as all 18 greens were rebuilt to specifications left behind by Jones.

One of Troon’s hundreds of courses can be found in Agadir, Morocco, along the Atlantic coast, the Golf du Soleil.

In fact, there are two full 18-hole courses located here, with the Championship course being the more difficult of the two. It has plenty of water, bunkers, and elevated greens.

The Tikida course looks and plays much different, winding its way through a forest of eucalyptus trees. The Tikida course forces golfers to opt for greater course management to earn a score.

At both courses, expect great hospitality that Morocco is known for.

Sometimes golf course architects need to move mountains of dirt to create something memorable from a lifeless piece of property. And then there are places like Fairmont, where the designer’s task is to route the course through the property without disturbing the natural and abundant beauty of a place.

The foothills of the Atlas Mountains provides the gorgeous locale for Fairmont, designed by American architect Cabell Robinson. Robinson wasn’t just provided the terrific landscape, but also plenty of room to navigate.

With the Wadi River, numerous trees, and verdant hills, all Robinson had to do was let the course take shape and get out of the way. At least that’s how it seems when you play here. In reality, Robinson did move an awful lot of dirt. You hardly notice.

The result is a fabulous course opened for play in 2013.

Amid the stunning views of both forests and the waterfront, the Lixus Beach Resort caters to golfers of all abilities.

Architect Enrique Saenger, a Spaniard, took full advantage of the surroundings to create a fun and inviting atmosphere.

Nicklaus Design, the golf design company founded by Jack Nicklaus, widely acclaimed as the best player ever, has reached all corners of the globe.

Bit Nicklaus had yet to reach Moroccan golf until Samanah Country Club hit the scene a few years ago.

This course is situated on a massive resort area, and the course is designed to meet the needs of a wide variety of golfers. With wide fairways, little rough, and gently sloping greens, it may seem like Samanah is a cakewalk.

However, five different tee boxes on each hole means this course stretches almost 7,000 meters from the tips, a beastly distance that challenges even the longest hitters.

Although there are numerous developments surrounding Samanah, it manages to avoid the corporate feeling you often get at similar courses.

It is not often a nine-hole course makes any kind of best-of list, but the surroundings and history of Royal Golf de Meknes warrant an exception.

The course is right in the heart of the city that was home to the Sultan Isbin Ibn Sharif, a ruler from the early 18th century. Evidence of that past is still quite apparent, as the course is surrounded by the minarets and rooftops of the old city.

It’s quite an exquisite scene, and one that can be experienced at night on this lighted course.

The history of this course, which dates back to French colonial days, warrants its inclusion here.  The Pasha of Marrakesh had a four-hole course built for his personal use in 1927. His French benefactors were said to be displeased with the course until they played it.

The club has since expanded to 27 holes and has been played by all sorts of famous golfers, including Winston Churchill and Dwight Eisenhower.

But it is hardly history alone that Royal Golf de Marrakech has going for it. This is widely considered to be one of the finest courses in the region, due in no small part to the fact it has its own water supply, a rarity in Morocco.

Despite a long history in the game, Moroccan golf is just now beginning to get its due. This list only begins to delve into the many find courses to be had here. Its abundant sunshine and proximity to Europe are combining with its many fine courses to create a golfing oasis.