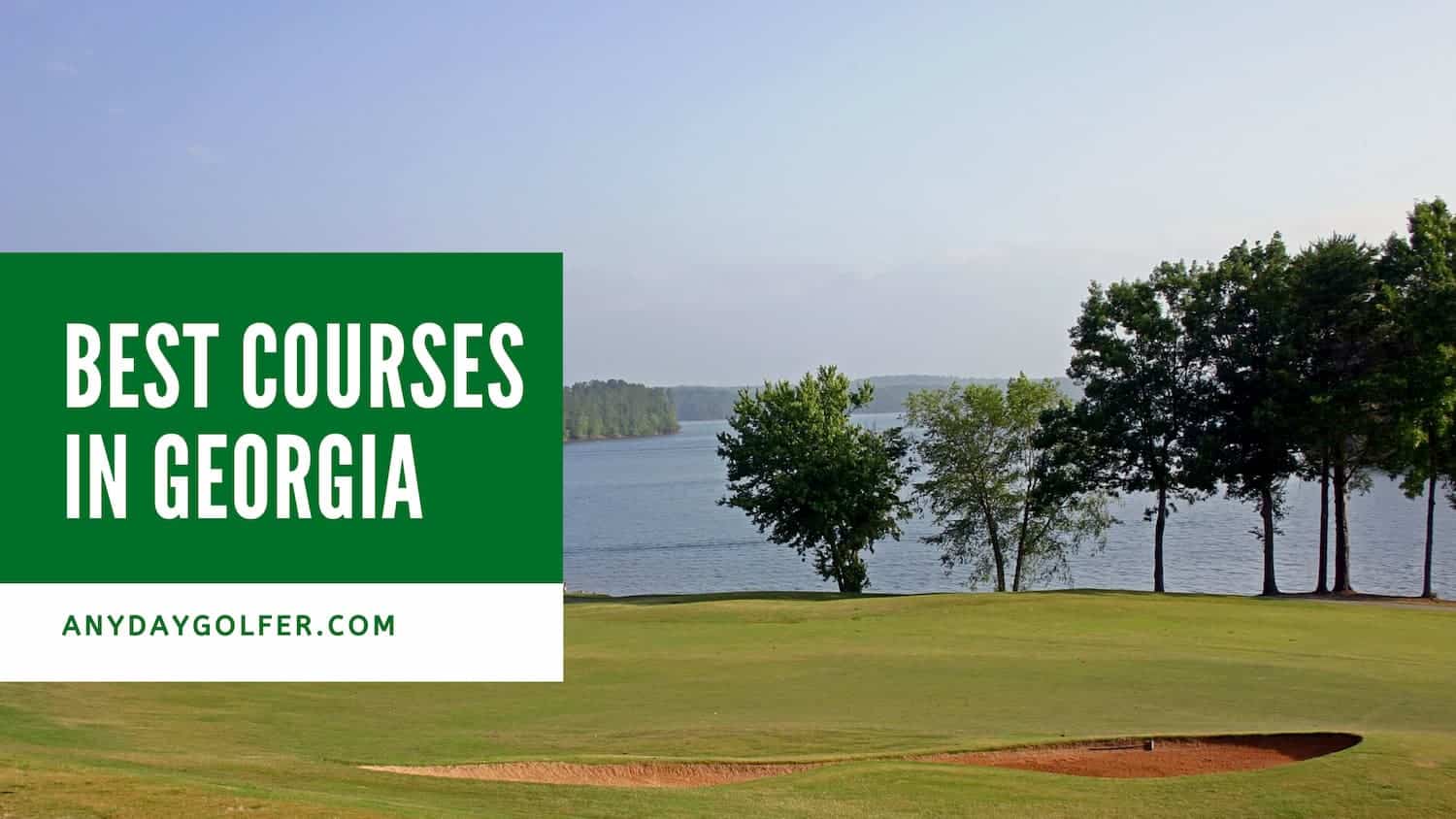 Widely acclaimed as the best amateur golfer ever, and among the best including pros, Jones and co-founder Clifford Roberts wanted to create a world-class course in Jones’ native Georgia.

The course, designed by Jones and Alister McKenzie, first opened to play in 1932. Two years later The Masters was played for the first time. Jones came out of retirement and finished 10 strokes behind the winner, Horton Smith.

Of course, Jones had a remarkable record as a player in his prime. He won the U.S. Open four times, the U.S. Amateur five times, the British Open three times, and the British Amateur once, all in an eight-year span.

That playing record would be enough but Jones had an outsized influence on golf worldwide, especially so in his native Georgia.

Augusta National is known for its fanatical attention to detail. If you have ever been, it can seem like a fairy tale land, with nary a blade of grass out of place. Of course, some of it is a fairy tale as the club has been known to import pine straw and play bird sounds over loudspeakers.

The club is also notoriously strict, even with the fans who attend The Masters who are only referred to as patrons by staff. Tickets are extraordinarily difficult to come by, so fans are in no position to argue.

Augusta National is one of the most exclusive golf clubs in the world, and tickets to The Masters are among the most difficult to get for any sporting event.

All of that is part of Jones’ legacy, which extends to two other courses that are among Georgia’s best.

East Lake is the oldest golf club in the city of Atlanta and its philanthropic efforts have helped transform the surrounding community, once a troubled housing project.

It was also the home club of Jones, although at the time East Lake was known as the Atlanta Athletic Club. The Athletic Club moved north of the city about 50 years ago. More on that later. Although the East Lake course had been there for decades, it became known as East Lake Golf Club after the athletic club’s move.

This is another stunning course, with a history that predates Augusta National.

Jones grew up and learned the game on the fairways of East Lake. Since 2005, East Lake has been the home course for the PGA Tour’s season-ending Tour Championship.

The course opened for play in 1904 and some of the game’s greatest architects have had a hand in its design. Donald Ross redesigned East Lake in 1913, and the holes are basically the same as he envisioned them. Rees Jones, son of legendary designer Robert Trent Jones but no relation to Bobby Jones, helped return the course to Ross’ design.

Although the nines were switched in 2016, East Lake looks much the same as it has for more than a century.

The Athletic Club moved to Johns Creek, a suburb of Atlanta northeast of the city, but it has not forgotten its most famous and beloved member.

If you have any doubts of that, consider that you enter the club on Bobby Jones Drive, and are greeted by a statue of the golfer at the entrance.

There is much more to the athletic club than its golf offerings but that’s what we are focused on here. Two 18-hole championship courses offer a challenge to any skill level, with a short par-3 course available to test your short game.

The Highlands Course stretches beyond a punishing 7,500 yards from its back tees, while the Riverside Course is almost as long. Of course, both have several tee boxes to choose from if you can’t manage that challenge.

Jones didn’t live to see the completion of this course, but he was instrumental in its design. Jones wanted to recapture the magic of Augusta National, and this property in Atlanta reminded him of the home of The Masters.

Indeed, the course today is compared favorably to Augusta National, with Robert Trent Jones teaming with Bobby Jones to design the course.

This course was ahead of its time in both length and the large greens that are its trademark.

You will find hilly terrain and elevated greens, making this a physical challenge if you are fortunate enough to get the opportunity to play Peachtree.

Unfortunately, it can be anywhere from difficult to near impossible to play any of the courses closely associated with Jones. These are remarkably exclusive clubs.

Fortunately, there are plenty other options in the state, the largest in land area east of the Mississippi River.

Located on picturesque Lake Oconee roughly halfway between Atlanta and Augusta are six golf courses on the Reynolds property.

We chose Great Waters as it has consistently made lists of best public courses to play since it opened in 1992. Designed by the legendary Jack Nicklaus, this course has undergone changes in recent years to return it to Nicklaus’ original vision but remain relevant to today’s game.

This latitude is just about as far south as you can go and maintain bentgrass greens, which can easily be lost in the summertime heat here. To that end, the greens were switched to Bermuda grass in 2009, increasing the playability.

Further changes were made in the last year or so, further cementing this gem as a great course that is open to anyone.

The northern half of the state contains most of its great courses.  The varied terrain of the foothills of the Appalachian Mountains are a designer’s dream.

But the Atlantic Coast area of Georgia also has some fantastic courses, none better than the Seaside Course at Sea Island.

Sea Island is a full-fledged resort that has a mild winter climate making for terrific outdoor activities year-round. Of course, golf is our favorite outdoor activity and Seaside does not disappoint.

Professional golfer Davis Love III grew up in this area and is the host for the PGA Tour’s RSM Classic, a tournament hosted by Seaside and sister course, Plantation.

This is a completely different experience than you will find in Atlanta, Augusta, and other places farther north.

Seaside is a links course, known for its ocean views, sand dunes, and heavy winds.

It can be challenging, especially when the wind kicks up, but you might not care due to the surrounding beauty.

Still offering great scenery, the Lookout Mountain Club is as far away from Sea Island as you can get and still be in the same state.

Just a few miles across the state line from Chattanooga, Tennessee, the Lookout Mountain club takes advantage of the vistas looking over Chattanooga afforded by its namesake.

Originally conceived in 1926, a series of unfortunate events prevented this club from reaching its true glory, including the Great Depression and a fierce rainstorm that washed away several holes.

It took more than seven decades and a redesign from Brian Silva to bring this course to its original grand design and well deserving of its place on this list.

Back to the coast for the final entry on our list.

Ocean Forest sits on the northern tip of Sea Island and is another product of architect Rees Jones, along with Davis Love III.

Ocean Forest may not qualify as a true links course, but its shares many similarities. Part of the course is along the ocean while others abut the Hampton River.

Former U.S. President George Herbert Walker Bush played the first round upon the course’s opening in 1995, alongside Rees Jones, Love III, and Bill Jones III (then owner of Sea Island).

Bush playing the first round seems appropriate in retrospect since the Walker Cup, amateur golf’s preeminent team competition, came to the course in 2001. The cup was named for Bush’s grandfather, George Herbert Walker.

As you can see, there are some wonderful and historic golf courses in the state of Georgia. While some of them are exclusive to the point of ridiculousness, the general public can play many of them.

This list, while representative of the great golf you can find here, is hardly exhaustive. The Georgia State Golf Association is the governing body for more than 350 courses across the state.

If you cannot find a great course to play in Georgia, you simply are not looking hard enough. Georgia’s golf legacy holds up against almost anywhere in the world, and especially so in the United States.