The Titleist DT Trusoft is one of Titleist's most affordable balls. It will suit high handicappers with a slow swing speed. And it can certainly produce that extra distance you are all after! View Latest Deal

What do golfers want from their golf balls? That depends on so many factors.

Golfers with slower swing speeds want their ball to have a low compression rating, making it easier for them to compress the ball and get longer distances. Those with faster swing speeds trying to hit the same ball will get worse results, as the ball compresses too easily for them.

A low price is paramount for some golfers, even if it means buying a ball made by a company they have never heard of before. Some want the latest and greatest premium ball from a name they trust, regardless of price.

Some golfers want a ball that flies with less spin, meaning it goes straight even on off-center hits. This helps avoid big hooks or slices, especially slices. Some want the opposite, as they feel the need for the high spin necessary to hit the ball from left to right, or vice versa, when conditions demand it.

Fact is, there are many other variables that different golfers of varying skill levels cannot agree on. Golf ball manufacturers are faced with a conundrum. They want to create balls that appeal to as many golfers as possible.

The established and larger companies often make several different balls to capture the market. Titleist is certainly among that group.

Still, even Titleist wants to make balls that will appeal to a wide swath of the golfing public. Since more golfers are mid-handicappers or worse in skill level, that often means a ball intended for that group.

Enter the Titleist DT Trusoft, a ball that first released in 2017. Sure, there are a significant number of golfers who like playing Titleist’s premium balls, if for no other reason than cache among their buddies. But many of those would be better served by going a different direction.

So what is it about the DT Trusoft that is so appealing to those with handicaps above 10? There are a number of reasons. Let’s take a look. 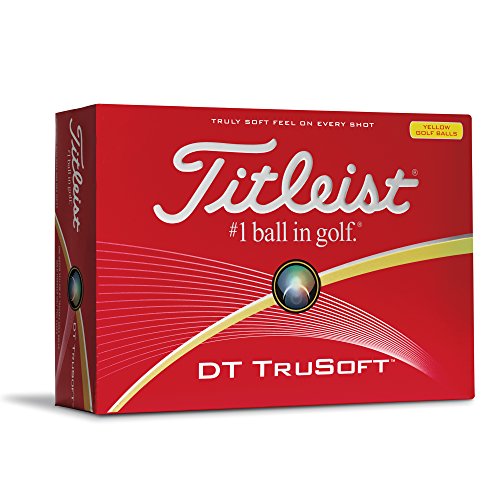 Titleist has long been the top name in golf, and for good reason. Titleist balls have always been high quality.

Competition is one reason why that continues to be the case. A number of companies have taken aim at the leader, hoping to knock Titleist from its throne. Many of these balls are every bit as good as balls made by Titleist.

Because of that, Titleist cannot afford to skimp. The company spends a great deal of time and effort in research and development. No ball manufacturer can afford to not continue to make improvements.

In fact, it was the success of a competitor that prompted the design of the DT Trusoft, at least in part, whether Titleist would admit that or not. 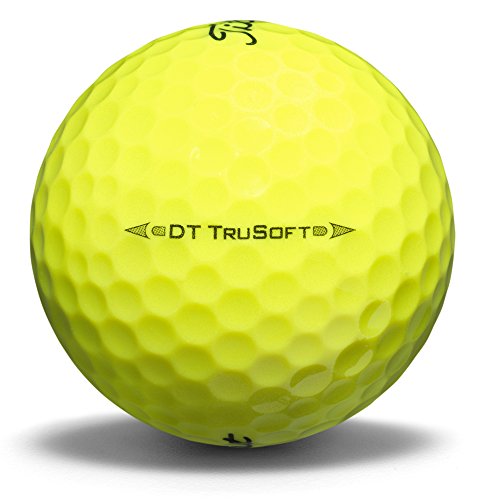 Golfers with swing speeds of 90 or slower need help compressing the ball, a crucial element in gaining distance off the tee. This compression of the ball increases the rebound effect when the ball leaves the club face, meaning longer distances.

Another design element is added to aid in distance, as well as accuracy. 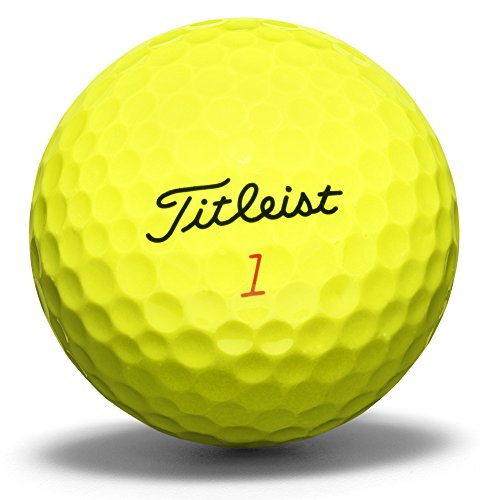 The DT Trusoft is covered with 376 dimples, a relatively high number. But it’s the design of the dimples, and not the total number, that makes the difference.

The dimple design here combines with the low-compression core to create a low-spinning and penetrating ball flight. That means greater distance.

It also means a ball that is less likely to stray from the fairway. The higher the spin, the greater chance of a slice or draw on off-center hits. Since less skilled players are more likely the hit the ball off-center, their shots tend to hook and slice more often.

There is a trade-off, of course, as less spin means less stopping power on the green.

The dimple design is one area where Titleist spent a great deal of time and effort to get the results it wanted. Its cover was another. 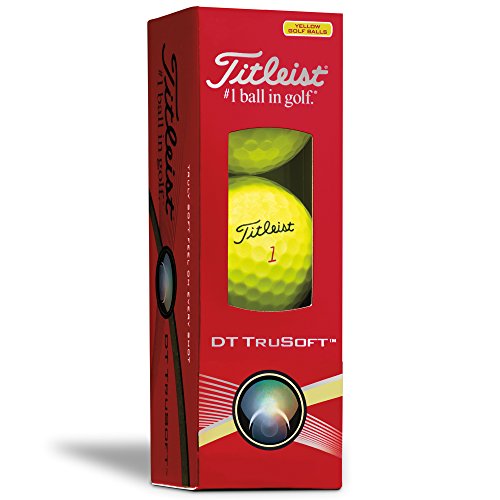 Titleist came up with a twist on an oft-used material for the cover of the DT Trusoft. It is still an ionomer, which is harder than urethane usually found on premium balls.

But the ionomer used here is designed to be softer. To be honest, there is only so much that can be done with a two-piece construction ball and ionomer cover. The results around the green with the DT Trusoft are not going to rival premium balls.

Still, it is an improvement over similar balls. That’s one thing that makes the DT Trusoft a nice choice for mid-handicappers, as well as worse players.

The Titleist DT Trusoft is a nice addition to low-compression balls that cater to higher handicap golfers.

But the compression, while low, is not as low as some competitors. And the ball still feels firm in comparison to Titleist’s ProV1 line, but it is a bit softer than you might expect.

For those reasons, this is a terrific choice for golfers with handicaps somewhere on either side of 15 or so, especially those who can put their pride aside and put away the ProV1.

Two other notes about the DT Trusoft. The ball was released in 2017, and has now been replaced with a newer low compression ball. That means a much lower price for DT Trusoft than when it was first released. Also, this is among the most durable balls you can find, in any category.

A low price and high durability makes the DT Trusoft a tremendous value.

Add to that its fine performance and you have a winner that is still pertinent today.