The TaylorMade R15 appeals to a wider audience due to its adjustable weights on the sole of the club. This club reduces spin and has an increased sweet spot for easier, straighter shots. View Latest Deal

TaylorMade is very much like other large golf manufacturers in that it makes a great diversity of golf equipment, including the gamut of clubs. Iron sets, hybrids, fairway woods, balls, apparel, and accessories: TaylorMade makes it all.

But it is drivers where TaylorMade has really stood apart from many of its competitors. It did so with extensive research and development efforts. But there was a problem, beginning with the SLDR driver released in 2013.

Not that the SLDR was not a quality club. It was, and is. But it did not have the appeal to mid- and high-handicappers due to its low ball flight. Less-skilled players sometimes had difficulty getting the ball airborne.

That changed the following year with the R15, a driver that returned to TaylorMade’s R series roots but maintained many of the good qualities from the SLDR.

The TaylorMade R15 has many of the same characteristics of drivers from other top manufacturers. But two stand out.

TaylorMade differs from most companies by moving the center of gravity on its drivers low and to the front of the club.

A significant number of today’s drivers have the center of gravity low and to the back. This helps get the ball in the air more easily, making those drivers easier to hit.

A low and forward center of gravity affects the moment of inertia. That will mean a sometimes dramatic effect on the ball’s flight. In the SLDR, that meant less spin and a low launch angle.

If you manage to strike the ball correctly on a driver with a low and forward center of gravity, you are likely to hit some prodigious blasts. Problem is, only a small slice of the golfing public is capable of doing so.

TaylorMade decided to make a significant change with the R15, but it was not by moving the center of gravity.

Instead, it added both total weight and an added weight to its speed track, a gap behind the face that held a movable weight. 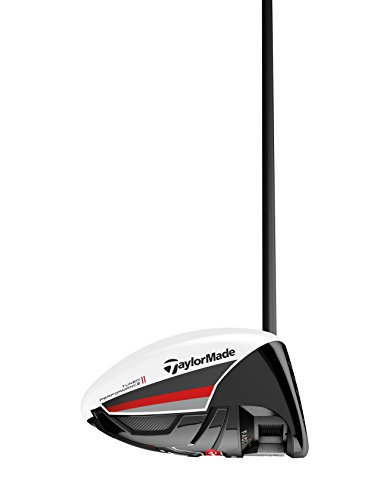 While the SLDR had one movable weight that totaled 20 grams, the R15 had 25 total grams in two separate weights.

That is an excellent way for golfers to dial in their own preferences.

Moving both weights to the center of the club will give you maximum distance. Moving them to opposite sides will give you a higher MOI and a higher ball flight. That is much more forgiving.

TaylorMade also moved the track holding the weights closer to the face. The result is a thinner face with more flex at impact, allowing for greater distance.

You can also configure the two sliding weights in a number of different positions, either helping to produce a draw or a fade. 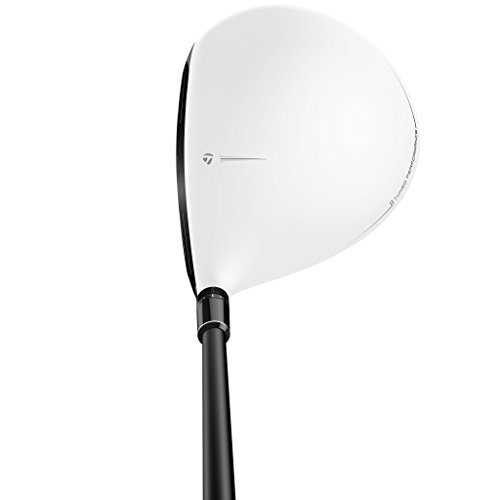 One of the defining features of the R15 is the many ways in which it can be adjusted. It isn’t just the sliding weights, but also had an adjustable loft sleeve.

This allows for a change in loft of plus or minus two degrees, or four degrees total. That is an astounding amount.

Golfers need to be careful when adjusting the loft of a club too much. Anything beyond 1 degree change can affect the overall performance of the driver.

Many drivers on the market released since the R15, including those from TaylorMade, have done away with adjustable lofts entirely. Instead, they allow you to make the choice before buying the club.

The R15 also had a change in color, with the top of the club being white. That allows for better aim, as the alignment aid is easier to see. Some golfers don’t care for the white color, so TaylorMade made the R15 in traditional black as an option.

The face of the R15 is remarkably thin. This means more distance, as we noted above. It can often be accompanied by a high-pitched pinging sound upon impact. In a nod to the tremendous research efforts from TaylorMade, the R15 produces a nice and dull sound.

When you put the sliding weights at opposite ends for maximum forgiveness, the sound does get a bit more “tinny,” but some players will hardly notice.

The head of the club is pear-shaped which allows for the best way to locate the center of gravity in the preferred location. It also provides a comforting feel that promotes confidence.

The club head is another area where golfers have a choice. You can get one in two sizes: 460 cubic centimeters or 430cc. This is quite unusual as many of today’s drivers are 460cc, the maximum size allowed by rule.

The smaller club head may appeal to better golfers who are more consistent in striking the ball in the sweet spot. 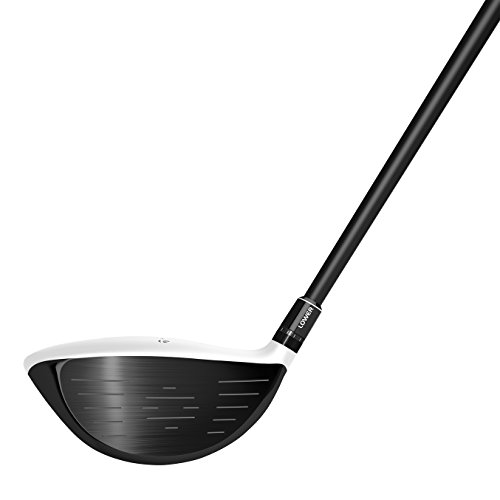 While its predecessor was aimed at highly proficient golfers, the R15 appeals to a wider audience due to its adjustable weights on the sole of the club.

Those weights make it easier to get the ball airborne. Still, the high degree of adjustability may be overwhelming for many golfers, especially inexperienced ones who may not understand how to choose the best setting for their swing.

The R15 has been around since 2014 and TaylorMade has continued to make adjustments and improvements.

That’s not to say the R15 is not a quality club. It definitely is. It is well-constructed and has some very nice features. The newest generation of TaylorMade drivers still feature the high degree of adjustability, including the loft being changed by as much as four degrees.

TaylorMade prides itself on its innovative approach to club design, so it obviously feels this is something players want and need.

As always, personal preference plays a role in what driver you use. That may be a greater factor with regard to the R15. There seems to be very little middle ground: Golfers either love it or hate it, in large part.

Despite some improvements to its forgiveness, the R15 is likely still more popular with better golfers.