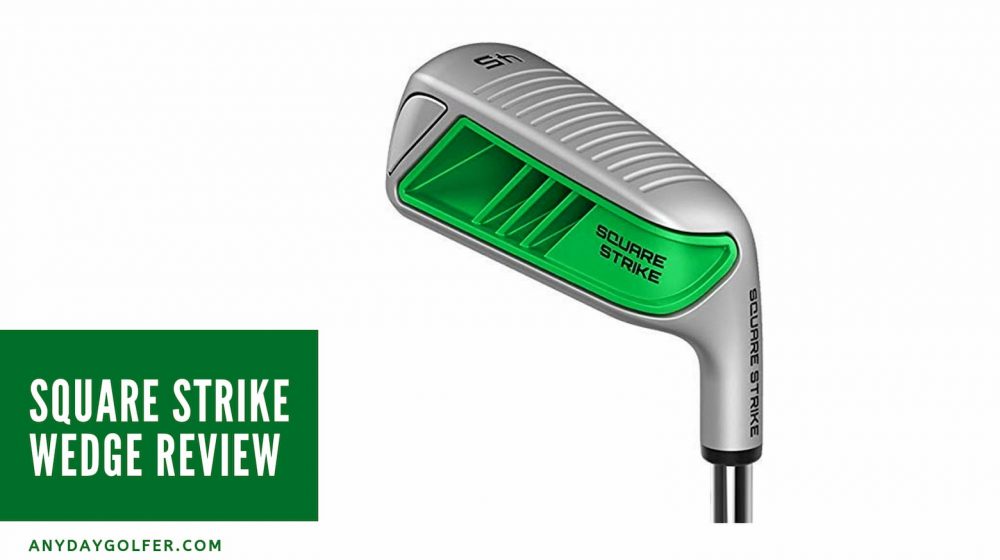 Square Strike Wedge Review – Could it be right for you?

Any insomniac can likely tell you a story about an amazing new golf club that makes pitching and chipping almost effortless. They know because they have seen the late-night infomercial touting these and other wild claims.

The club in question is the Square Strike wedge. The infomercial is hosted by Andy North, a well-known name in golf both through his two U.S. Open titles and years as an analyst on golf telecasts. Of course, North is a paid spokesman, but he does add some gravitas to an ad that makes some bold claims.

We’ll take a look at those claims in this detailed square strike wedge review, but first some specifics about the club. 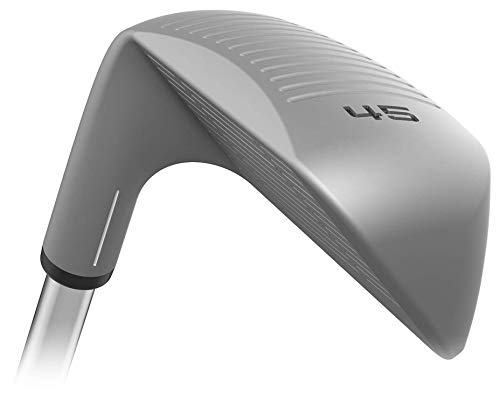 The Square Strike wedge is nothing more than a chipper, a type of club that has been around for decades. Chippers share similar designs with putters, except with more loft. You are supposed to hit chippers with a putting stroke. And that is true with the Square Strike, which does have a few notable differences from chippers of old.

One is that the Square Strike has higher loft, at 45 degrees that’s about the same as a pitching wedge. Second is that the it has moved a great deal of weight to the bottom of the club. The Square Strike wedge also has a minimal leading edge, the part of the club where the face and the sole meet. This, it turns out, is crucial to its performance.

The Square Strike is very upright, like a putter, and this is intentional since you are supposed to hit with a putting stroke.

Now, onto the claims, some of which come from the club’s website and some from its promotional video.our

Without a doubt, the huge amount of weight at the bottom of this club along with its leading-edge makes hitting chunky, or fat, shots nearly impossible. Thin shots are still possible, although that will not happen often. The Square Strike’s performance makes this claim mostly true.

Again the Square Strike comes through. Using a putting stroke is easy for almost any golfer. It may seem strange to do so from off the green but it is easy to adapt with a bit of practice. With no wrist action and a pendulum swing, it is quite easy to hit consistent shots with reliable results. Back and forth is as simple as you can get.

No question the simplicity of the stroke involved with this club will provide golfers with more confidence. That is especially true for duffers who struggle mightily around the green. Having no confidence in the success of a shot you are about to attempt means you are defeated before you even address the ball.

The added confidence with this wedge may seem like something nebulous, but it is a solid selling point. 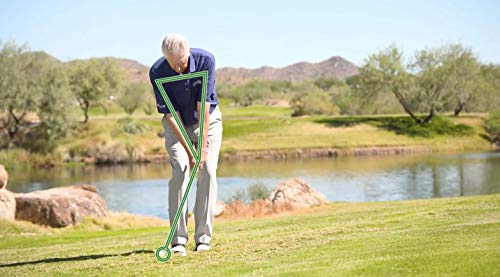 And here we come to the first claim that is without a doubt false. The Square Strike can handle a variety of lies, but its design means you are not going to get the ball airborne very much. If you are short-sided and have a delicate pitch, the Square Strike might give you a puncher’s chance of making par, but it will be awfully difficult to get one stiff.

Takes small twitchy muscles out of the swing

Definitely yes, and again due to the swing you must use to hit the Square Strike effectively. A good putting stroke removes wrist action. A lot of golfers learn this stroke early on in their golfing exploits, even though it may feel stiff and unnatural at first.

But the pendulum motion of a putter swing definitely uses large muscles, meaning you can eliminate some of the worst possible outcomes.

This is the first claim, made by North in the video, which is definitely not true. The Square Strike is only good up to about 40 or 50 yards from the green, if that. So, shots around the green, otherwise known as your short game. The upright stance and pendulum motion of your swing is necessary with the Square Strike, and that does not mesh with longer shots.

Most golfers play with a full complement of 14 clubs in the bag, so if the Square Strike goes in, something must come out.

The most obvious choice is the lob wedge, a difficult club to hit for many golfers. Even more so than a sand wedge! 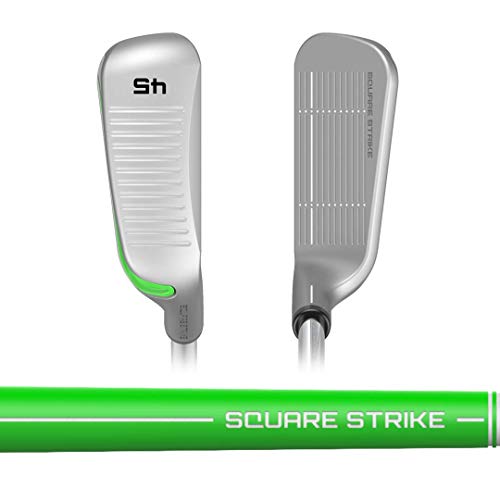 What Can’t The Square Strike Do?

Perhaps surprisingly, the Square Strike’s performance lives up to many of its bold claims. But any review of this club would be incomplete without discussing what the club cannot do.

The Square Strike is very much a one-dimensional club. That is a black mark against a club meant to replace a wedge. One of the great things about a wedge, be it a lob wedge or some other type, is that it can handle many different types of shots.

If you are stuck in deep rough and facing a shot calling for a high chip or pitch, the Square Strike will not be great at that task. Its heavy face will be able to get through rough better than most other clubs. But it is so upright, you really cannot adjust your stance and add loft to the club.

Not every shot calls for a low trajectory but that is what you will get with the Square Strike.

That means this club is not the right choice for two types of golfers: those with a low handicap and those who are diligently working toward attaining a low handicap.

The Square Strike is almost an admission of defeat. Any golfer who uses it is saying they can never master the intricacies of wedge play.

Many other golfers will be perfectly fine with that. There is no question the Square Strike can help many high handicappers who struggle with wedge play around the green. It can even be a nice addition for a mid-level golfer who struggles with this part of the game.

It might be easy to dismiss as a gimmick, but the Square Strike mostly delivers on its promises and is a good choice for certain golfers.