The Superhot Bold is still a great that many golfers wanting greater distance and fewer wayward shots will love. View Latest Deal

We golfers don’t ask for much from our golf balls, do we? All we want is a ball that flies far. Oh yeah, we need it to fly fast, too, with lots of ball speed.

Of course, we have difficulty keeping the ball in play, so we need it to fly straight as well. And we want the ball to feel soft, with great performance on and around the greens.

Not asking much, right? We kid, as that is clearly a lot to ask from a golf ball. But that’s what people want and ball manufacturers have tried to deliver.

Callaway is among the more aggressive of those makers, with new attempts to meet the near-impossible demands every year.

Today we are looking at one of its latest attempts, the Superhot Bold.

Callaway says the Superhot Bold is “super fast” and “super long” with “excellent spin, control, and performance.” Those claims deserve a closer look. 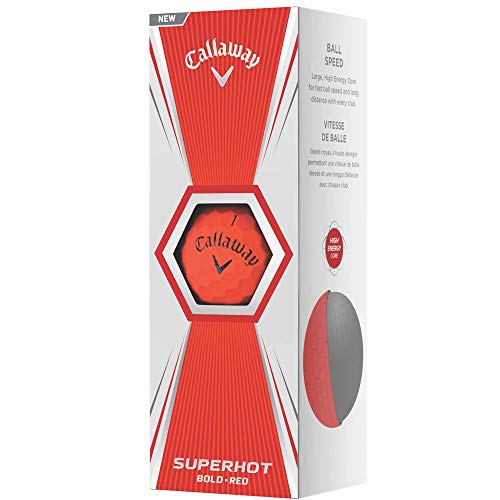 While Callaway does not release the compression figures for the Superhot Bold, we do know that the most recent version of the Superhot carried a compression of 70. That was an increase from 55 from earlier.

Not a lot is publicly known about Callaway’s High Energy Core. We do know that it is made of polybutadiene, a durable synthetic rubber most often used in tires for vehicles.

Chances are the compression number for the Superhot Bold is somewhere in the same neighborhood as its predecessor. Callaway wants players to be able to compress the ball easily, which generates greater distance for players who lack the swing speeds of better golfers.

The core is one of two main reasons why the Superhot Bold travels such great distances. 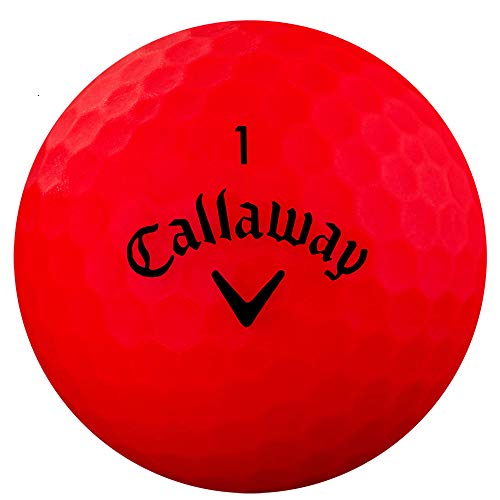 The second main reason why this ball is so fast and goes so far is the design of the ball.

The Superhot Bold carries a 332-dimple Hex design that creates the aerodynamics needed to keep the ball in the air for a long time. It has both reduced drag and terrific lift qualities.

The dimple design is also largely responsible for the Superhot Bold’s ability to fly straight. It’s the complex geometry of the 332 dimples that produce that straight flight.

Dimples disturb the airflow around the ball, which creates an area of turbulence around the perimeter of the ball. That, in turn, reduces the drag on the ball. Similarly, dimples help create lift in the same way an airplane’s wing does.

Given that, manufacturers spend tremendous research and development time to create optimal aerodynamic results. That’s true for the better manufacturers, and Callaway definitely belongs in that group.

Dimples are hardly the only important construction factor that affects the performance of a golf ball.

Generally speaking, the number of pieces used in construction has an outsized influence on both distance and control.

A two-piece constructed ball is made up of a core and a cover. The core is some type of rubber and the cover is often made from a synthetic plastic. These balls are often produce low spin rates and make them the longest and straightest.

There is a tradeoff as the softcore, hardcover, and low spin combine to make these balls much more difficult to control.

More layers and softer covers make golf balls easier to maneuver, making the tradeoff clear. You can have a long-distance ball that flies straight or a high spin and easier to control ball. But you cannot have both.

Well, that is not entirely true, as many manufacturers are chasing the holy grail of golf balls: one that flies straight but has a soft feel and performs well on and around the greens.

That’s why the Superhot Bold has a three-piece construction, with an added layer between the core and the cover. Some balls have four and even five layers, but Callaway has decided to compromise with the middle position when it comes to layers.

We mentioned the cover earlier and how it affects golf ball performance. Manufacturers have two basic choices when it comes to covers: ionomer or urethane.

An ionomer is a resin material that you will often see referred to as Surlyn, the brand name of the ionomer developed by DuPont about 60 years ago.

Ionomer covers make golf balls harder and more durable. They typically offer more distance and less control. There is an excellent chance that any two-piece ball, or one advertised for less proficient golfers, has a cover made of Surlyn.

Urethane is softer and yields greater performance around the greens. They are also less durable, which is not usually a problem for the low handicappers and tour level players that use them. Those players rarely have mis-hits that can cause damage to the ball.

The Superhot Bold uses an ionomer cover, although Callaway claims it is softer than the average ionomer.

We also should mention that the Superhot Bold is offered in red, yellow, and traditional white, all with a matte finish. This is not traditional but clearly Callaway feels this is a rising trend in the game. The color and finish do not have much, if any, effect on performance. This comes down to personal preference.

Clearly, Callaway is trying to split the middle between a tour-level ball and a player development ball with the Superhot Bold. Has it succeeded?

Perhaps you can say it is a success, although by and large this remains a ball geared toward less-skilled players. The Superhot Bold is a distance ball that has some of the characteristics of higher-end offerings.

The price, somewhere between what you would pay for pure game-improvement balls and premium balls, reflects that compromise.

While it falls short of those premium balls in its performance in the short game, the Superhot Bold is still a fine ball. A significant majority of golfers need greater distance and fewer wayward shots than they do the ability to work the ball. Most golfers simply do not have the skill to hit a fade or draw on command.

For that reason, we think the Callaway Superhot Bold is a good choice for golfers seeking a distance ball with some of the aspects of premium balls.