The Callaway Supershot 55 is a great choice for golfers who find distance and straight ball flight more important than working the golf ball and stopping it more quickly on the green. View Latest Deal

Callaway’s Superhot 55 golf balls fly long and straight, just as others in the low-compression category. They also offer a very soft feel. How do they achieve this?

The Superhot 55 uses both aerodynamics and a soft core to pull off this feat. We’ll delve further into the gritty details and then discuss whether this is the right golf ball for you. 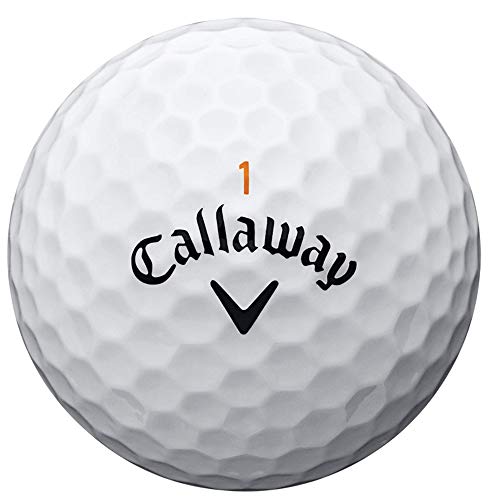 The game of golf has been around since the 15th century, at least in its modern form. Improvements in equipment have been coming ever since. But it was not until early in the 20th century that dimples made their way to golf balls.

This design innovation allowed for a more stable ball flight than previous versions of the ball. Dimples disturb the air around the ball during flight, creating a small pocket of air around the ball. That air pocket cuts down on drag, allowing the ball to travel in a more predictable manner.

Golf’s governing bodies give wide leeway to ball manufacturers when it comes to dimples. The result is a significant variance in size, shape, and pattern of golf call dimples.

For Callaway, this means an HX pattern that is a hexagonal shape. A hexagon is a six-sided polygon. This choice did not come about by mere accident. Today, golf ball manufacturers use a variety of scientific tools to determine the best aerodynamic design for a golf ball’s flight. Among the latest advancements is the use of artificial intelligence in ball design.

In short, dimples are an important design element. A ball with dimples will travel roughly twice as far as one without. And Callaway’s dimple design is every bit the equal to other manufacturers.

One note about dimples. Any ball with an inconsistent dimple design will be almost useless. No need to worry here, as Callaway is a respected and established company with safeguards in place to prevent poor ball construction.

The stable ball flight of the Superhot 55 we have been discussing is all about drag. But dimples are not just about drag. They also help with lift.

When you hit a golf ball correctly, you create backspin on the ball. Lift is created and aided by how air pressure is applied to the ball. Dimples aid in this lift, helping keep the ball in the air longer.

Of course, that spin on the ball is awfully important, as well. 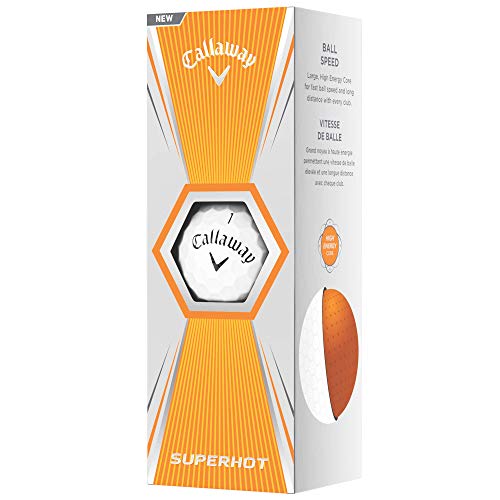 In certain situations, you want to put as much spin on the golf ball as possible. When facing a small amount of green and hitting the ball from the rough, it can be tough to get the ball to stop on the green. More spin the better in that spot.

But on many shots, your aim is to get as much distance as possible. Here, spin can be a deterrent. Too much spin on a tee shot will have the ball ballooning up into the air, losing distance. What you really need is a penetrating ball flight.

Generally speaking, you want a low spin on longer shots and more spin on shorter ones.

For generations, golf ball manufacturers did not disclose their compression rates. These were closely guarded corporate secrets. But in recent years, golf companies have learned that a significant portion of its market wants more distance. And a lower compression ball gives it to them.

Touring professionals and scratch golfers have the strength and swing speed to compress balls enough to get the massive distances you see when watching pro golf on television. For example, the Titleist Pro V1X has a compression rate of about 100. This is a very popular ball, especially among better players.

A lower compression ball creates a low spin. The reasons for this can be a bit technical. We’ll try not to bore you with too many details, but here is the gist. The spin rate of a golf shot is determined by what some call the “spin loft.” That’s represented by the angle created between the golf ball and the club at impact.

One result of less spin is a more penetrating ball flight and greater distance. Another is that less spin means less deviation of the center cut. That is to say less spin on the ball results in fewer slices and hooks.

So what you end up with is a ball that travels both farther and straighter. Those are good things, right? For many of us, the answer to that is yes. But not always, and not for every golfer. 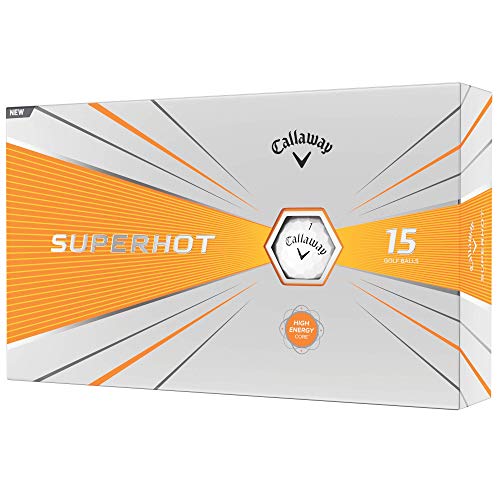 Is the Callaway Superhot 55 the right ball for you? One factor in determining that answer is swing speed. If you swing your driver at less than 90 miles per hour, then it may prove too soft for you.

There are other considerations.

If you have sufficient swing speed but spray the ball all over the course, then the straight flight of the Superhot 55 might trump your ability to compress the ball.

On the opposite side of the coin is the player who likes to work the ball left or right depending on the situation. The Callaway Superhot 55 has little spin, meaning it is not a good ball for draws or cuts. If you do not have a fast swing speed but like to work the ball, this is not the right ball for you.

One of the most important considerations is the short game. This is where the Superhot 55 falls short. There is no question that this ball does not stop as well as other balls that create more spin. If you play often on courses with firm greens, this could be a real problem.

Once you reach the green, many golfers find low compression balls to be too soft. The ball feels sticky, as if it stays attached to the putter face for longer. This can a difficult adjustment.

What it boils down to is this: If distance and straight ball flight is more important to you than working the ball and stopping it more quickly on the green, then the Superhot 55 is a good choice.