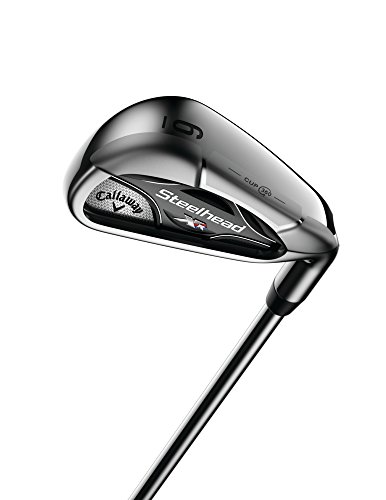 Callaway is among the leaders in golf club manufacturing. The company’s newest releases are always eyed with anticipation.

A big winner recently was the Mavrik line of clubs that hit the market with a splash. A few years earlier, Callaway went a slightly different route, merging two popular names from its past.

Both the Steelhead and XR lines were popular with golfers. It should come as no surprise that the Callaway Steelhead XR irons combined the best of both worlds to produce one of the better sets of game improvement irons around.

While technology can render irons out of date quickly these days, the Steelhead XR still holds up to scrutiny.

So why not combine the two to produce a club that combines the forgiveness and playability of Steelhead X-14 from 20 years ago with the speed of the more recent XR?

And without a doubt, Callaway pulled that off with the Steelhead XR. This was no sure thing. Trying to merge two completely different clubs could have produced an offspring that was the lesser to both of its predecessor.

No worries there, as the Steelhead XR is a fantastic addition to the Callaway family.

Let’s look at a few characteristics of the Steelhead XR that makes it such a winner. 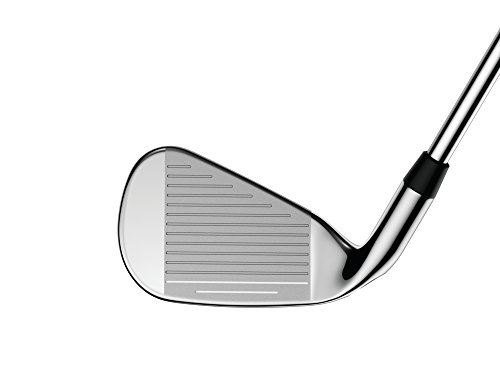 The new Steelhead XR borrowed from the X-14 in producing a large club head with more weight distributed to the perimeter. That produces a club that is very forgiving on off-center hits.

It is not just a large sweet spot that helps make the Steelhead XR easy to hit.

A progressive weighting system moves the center of gravity down and back in the long irons, which are notoriously difficult to hit.

In the shorter irons, that center of gravity has been moved forward, as players seek greater feel in these clubs. 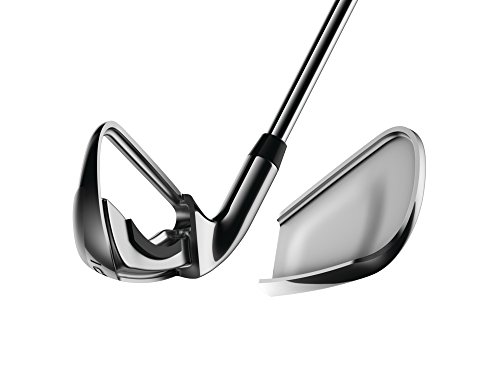 Adding those weights to precisely position the center of gravity in each iron could have a detrimental effect. No one wants an iron that is too heavy to swing properly.

To aid in that, the Steelhead XR saves weight by utilizing the bore-through hosel technique the company has used before. That shaved weight can be added elsewhere to great effect.

Not only does the added weight give Callaway great control with its precise center of gravity locations, it also allowed for another bonus.

A steel-infused urethane bar sits behind the lower portion of the club face. This helps reduce the vibration of impact. That means greater feel than you might expect in game improvement irons. 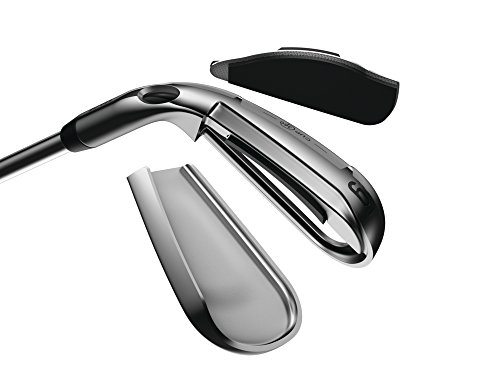 If you are looking for distance, you will want a fast club face. By fast, we mean one that imparts a great deal of your swing speed into ball speed.

The Steelhead XR has a thin striking surface, which is not unusual for many irons today. But the boundary of the face is also flexible. This boundary yields 360 degrees of flexibility, hence the company’s name for this technology, 360 Degree Cup Face.

The combination of the surface and perimeter both being flexible increases the rebound effect at impact. In fact, this club is almost up to the allowable limit for spring effect. The result is greater ball speed.

This flexible face cup first appeared in fairway woods and hybrids made by Callaway. With the Steelhead XR, they brought it to irons.

Parts of the club that are ordinarily stiff are made more flexible.

Many game improvement irons have a clunky appearance when viewed from above. That is important as it is the viewpoint of the person using the club.

A thinner and sleeker top line gives the golfer better confidence. The Steelhead XR has a top line best described as middle of the road.

It is a classy looking club that should inspire confidence in any player standing over a shot.

So what kind of player are these clubs intended for? Without a doubt, these are game improvement clubs. That generally means players with handicaps from around 10 up to 20 will benefit most.

With that said, players perhaps a bit better than that will not be turned off by the Steelhead XR.

Not only do these clubs have specifically and strategically place centers of gravity, they also have a high moment of inertia. The COG means more forgiveness on long irons with a bit more feel on the shorter irons. The high MOI means the club is resistant to twisting at impact.

Both those work together to make this a very forgivable club. You should get more consistent strikes, and that leads to lower scores.

To be frank, the downsides are few and are far outweighed by the benefits. That said, there are two in particular that need to be addressed. The two negatives are found in most game improvement clubs and that is no different for the Steelhead XR.

The first negative is a lack of ability to work the ball. Many low handicappers seek out clubs that they can hit either a draw or a fade on command. Of course, that takes more skill than the typical mid- and high handicapper possesses.

Some mid-handicappers do have that ability. There is no doubt that will be restricted playing with the Steelhead XR.

Another area of concern is the stopping power on the green. Most game improvement irons cut down on the spin, especially as you work your way into the longer irons. Callaway has mitigated that somewhat in the shorter irons.

So you really have to ask yourself if the negatives are too much for you considering all of the positives. The answer for most golfers is no, which makes the Steelhead XR an excellent choice for a wide range of players, particularly mid-handicappers.