The Rogue Hybrid is a quality club but at a discounted price. And it offers great consistency even on off-center shots. View Latest Deal

Hybrids have replaced long irons for all but a small percentage of golfers. Even some of the best players in the world have turned to hybrids, at least to replace the longest irons.

The reason is obvious. Hybrids are much easier to hit than long irons. Even if you sacrifice a bit of feel, the gains are much too great to ignore.

This gives a lower center of gravity means shots that are easier to get airborne, one of the bigger problems with hitting long irons.

They also allow for a higher moment of inertia. MOI is a measure of resistance to twisting at impact. The more a club twists at impact, the farther offline it flies. A high MOI means straighter shots.

Callaway’s Rogue Hybrid, introduced in 2018, utilizes both a low center of gravity and a high MOI of other hybrids. It also adds the technology it had previously used in its drivers and woods that makes this among the best hybrids ever produced. 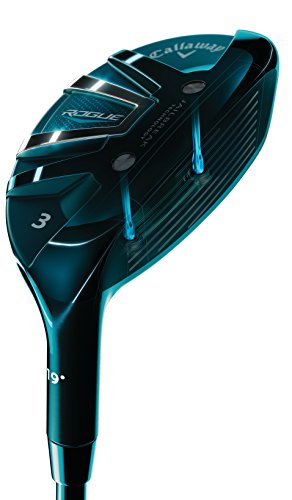 Callaway uses a thin face in its Rogue Hybrid. That allows for a greater rebound effect that transfers a great deal of energy from the club to the ball. That means greater ball speed and more distance, something every golfer craves.

That thin face comes with a problem, though, that being a lack of sturdiness. Almost every club manufacturer adds some substance behind the face for reinforcement.

In the Rogue Hybrid and other clubs from Callaway, that addition is in the form of two rods placed vertically behind the face. These are hourglass-shaped and made from titanium, a lightweight and strong metal.

These rods provide a connection between the crown of the club and the sole. This, in turn, means a face that can take on nearly twice the load as it would without the added rods. 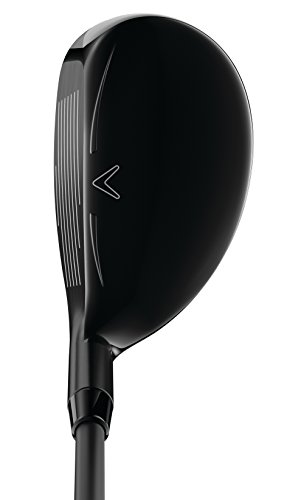 Many golfers struggle with consistent strikes in the sweet spot of the club. While a bigger problem for less-skilled players, even the best sometimes fail to find the sweet spot.

Callaway has attempted to counteract that problem with its Face Cup technology, first seen in its drivers but now in irons and the Rogue Hybrid.

On the edges of any club, the face is more rigid since that is the spot where it meets the body. This makes that area of the face stiffer. A strike on the stiff part of the face will result in less rebound, less ball speed, and less distance. This can be a large difference, depending on the design of the face.

The Rogue Hybrid’s face cup is thinner across the face, with a wider sweet spot. This combats the loss of ball speed. You will have more consistency when hitting this club thanks to a face made with super-thin Carpenter 455 steel that is thin across the face. 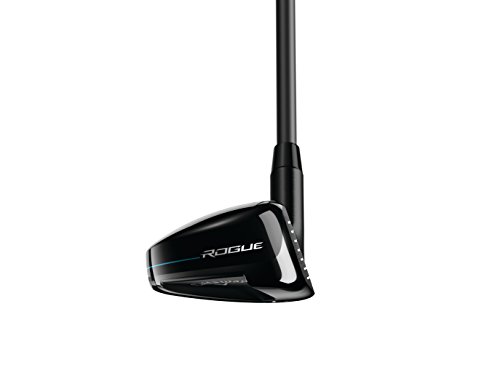 We mentioned before how Callaway created a higher moment of inertia with the Rogue Hybrid by widening the sweet spot. Here we will explain just how they managed that.

Callaway uses what it calls an Internal Standing Wave, a weighting system that affects both MOI and center of gravity. The ISW is a weight made of tungsten that is asymmetrically shaped and placed within the head of the club. Each hybrid club, indeed every club Callaway manufacturers that uses ISW, is specifically placed to create the perfect launch, spin, and feel.

An injection-molded process is used to create this tungsten weight. Injection molding uses fine metal powder that is placed within a mold then heated to very high temperatures for 41 hours. This process allows the precision Callaway requires to get the proper weight and shape.

Hybrids are easier to hit than long irons because of their design. The ISW employed in the Rogue Hybrids adds to this with a specifically placed weight that puts the center of gravity low and back, and increases the MOI for better results on off-center hits. 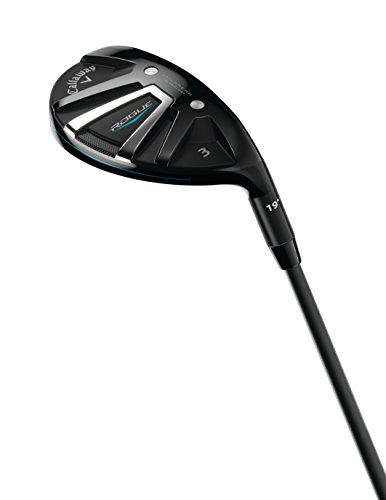 Let’s talk a bit about the performance of the Callaway Rogue Hybrid.

As far as distance is concerned, the Rogue Hybrid measures up just fine with its competitors. But what you really need in a hybrid is consistency. That is where this club shines. The low center of gravity and high moment of inertia combine to get the ball airborne easily and for off-center shots to still travel.

Too much distance in a hybrid can create a problem for many golfers. Unless you intend to fill your bag with hybrids, and few golfers do, then you are going to have a point where you shift from hybrid to iron. Let’s say that point is a 4-hybrid and a 5-iron.

You need to have a proper gap between the two. If you hit the 4-hybrid 200 yards and the 5-iron 170 yards, then that creates the potential for too many “between clubs” shots that play havoc with your score.

The appearance of the club also can affect the performance. The Rogue Hybrid is well known for its head that is higher at the toe than most hybrids. That can create a feeling of confidence for golfers who have less ability.

We should note that the Rogue Hybrid is not the latest from Callaway, which currently sells Mavrik, Epic Flash, Big Bertha, and Apex brand hybrids. The Rogue Hybrid was released in 2018, a lifetime ago by today’s standards.

Technology means club makers are moving fast when it comes to advancements in hybrid design. But here is the thing. As club manufacturers get closer and closer to 100 percent efficiency, each new design is limited as far as how much better it can be.

The result for the Rogue Hybrid is a quality club but at a discounted price. This means great value.