For beginners, experienced amateurs, and professional golfers, good wedge play can play an outsized role in scoring. These are the most versatile clubs in the bag, as they are the ones played within any distance up to and beyond 100 yards off the green.

Wedges are the most versatile clubs in the bag, good for shots within 100 yards of the green. In recent years, carrying four wedges in the bag has become commonplace. That is significant since a player is only allowed 14 clubs.

Some might even add a fifth wedge. Beginners may want to stick to just three wedges. Regardless, if a significant percentage of your clubs are wedges, you should take care to get those that best fit your game.

That is why we have collected the best golf wedges for high handicappers and beginners together in this post. 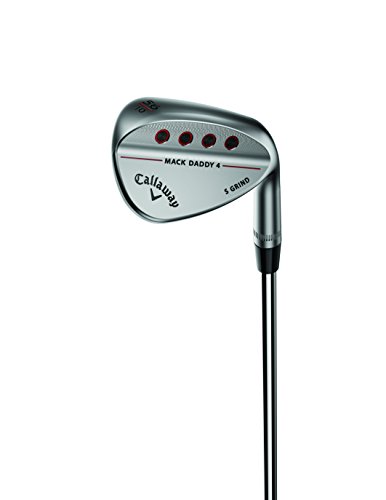 These wedges for high handicappers are from Mack Daddy. They come in lofts from 48 degrees all the way to 64 degrees. Callaway’s groove-in-groove technology allows for more spin and greater control.

You have a lot to choose from within this brand as it also comes in four different grinds and two different finishes. 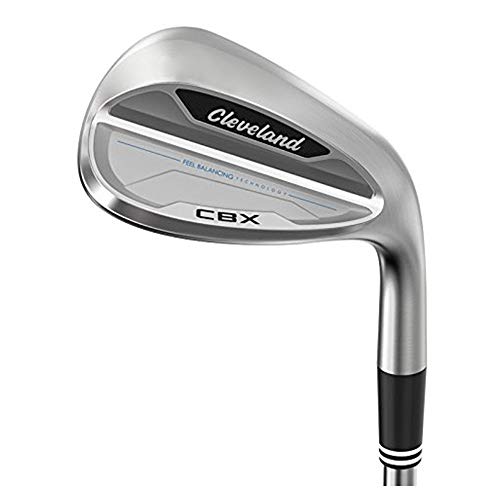 Cleveland has made quite a name for itself in wedges. This industry leader has produced very forgiving golf wedges for high handicappers and beginners.

These are available in a range from 46 degrees to 60 degrees of loft, which makes for decent wedges for beginners. 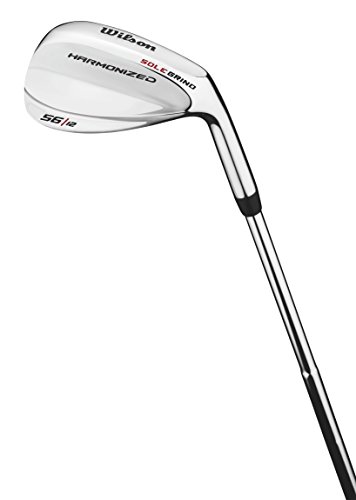 This is a good budget wedge for high handicappers, but only if your golf set has a pitching wedge included. These golf wedges for beginners only come in 52 to 64 degrees. Still, at less than $40, this is a great entry point for many golfers. 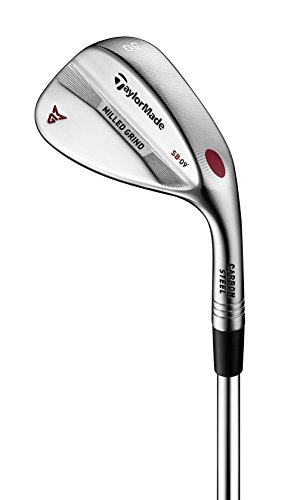 These wedges from TaylorMade come in a wide variety of degrees of lofts and bounces, but not in a 46-degree pitching wedge. Still, they are available in 50- to 60-degree lofts.

These are ideal wedges for high handicappers, are machine ground, giving greater precision. The grooves are designed to impart a terrific amount of spin. 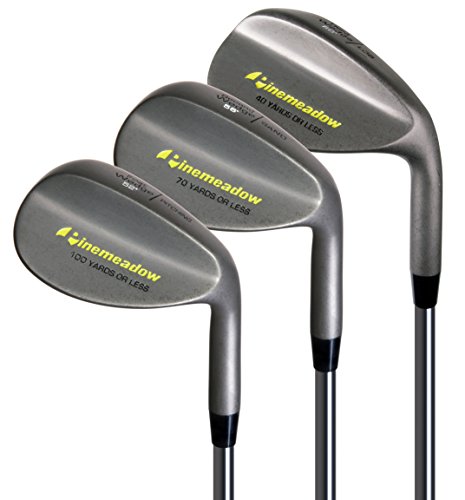 If you are just dipping your toes into the gulf waters, this might be the best choice for you. You are unlikely to find a cheaper option, at least for new clubs. 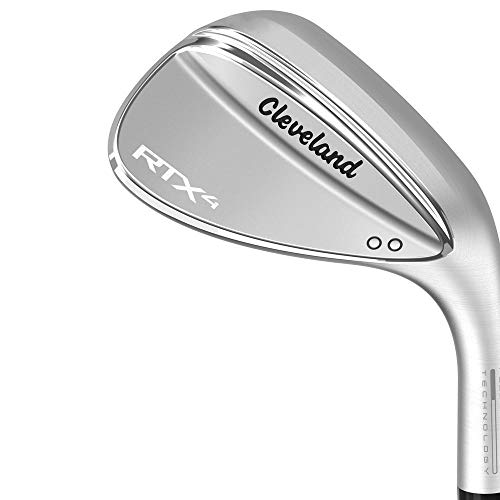 Another entry from Cleveland, these wedges are available from 46 to 60 degrees. They have a great traditional look enhanced by a meaty muscle back that gives greater feel.

The RTX has an aggressive groove milling, which imparts a lot of spin needed in today’s game.

There is a lot to consider when choosing your wedges, even when looking for the best wedges for beginners and high handicappers. Among the different characteristics to consider for your wedges are loft, bounce, grind, and cavity or blade backs. You don’t need to be an expert, but let’s talk about each of those a bit.

Loft refers to the angle created between the club face and the shaft. The higher the loft, the higher the ball will travel, the softer it will land, and the lesser distance the ball will go. Pitching wedges have a standard loft of about 46 degrees. Those generally go up in four-degree increments, with some wedges as high a loft as 60 degrees.

The bounce of a wedge is the angle between the leading edge and the sole of the club. Greater bounce in a wedge allows you to resist digging into grass or sand. If you hit the ball fat, hitting too much of the turf, you may need more bounce. If you hit the ball thin, striking the ball near its equator, then you might need less bounce.

Grind is less important for beginners or high handicappers, but know that it simply means some material is removed from the sole of a wedge to allow the golfer more creativity.

Cavity-back wedges are just what the name implies, as the back of the wedge opposite the face has a cavity carved out. These irons have much of their weight on the perimeter of the head, allowing for much greater forgiveness. That’s why so many amateurs love them, even though they sacrifice a bit in control.

Blades, without a cavity and often with less thickness overall in the head, are typically the domain of pros and low-handicap amateurs.

Now we turn to the four types of wedges you might find.

A pitching wedge is standard issue in just about every golf set. It depends in your swing speed, but pitching wedges are designed for shots of about 100 yards. That can be a wide range, though, averaging from 80-120 yards.

You need to practice to a target to determine how far you hit the ball. That is more difficult to determine for beginners, as they lack the consistency of more experienced golfers. If you have difficulty determining your average distance, 100 yards is a safe bet.

As mentioned earlier, the standard loft of a pitching wedge is 46 degrees. The good news for pitching wedges, and the other wedges, are the shortest clubs in your bag. That, along with the greater loft, makes these clubs easier to control than longer clubs.

Although this is not as often included in a standard set as a sand wedge, we list this one next because a gap wedge’s loft is between that of a pitching wedge and sand wedge. It is called a gap wedge because it bridges the gap between those two clubs.

For someone who hits a pitching wedge 100 yards and a sand wedge 80 yards, you need a gap wedge that travels 90 yards.

Sand wedges often have greater bounce than other wedges. That helps these clubs cut through the sand better. But despite the name, sand wedges have greater function than just bunker play. Such a wedge can have a fairly wide range of loft.

You will often see sand wedges in lofts of about 55 or 56 degrees.

For many years, a sand wedge of 56 degrees would be the highest lofted club of any in the bag, even for professionals. Today, it is not unusual to see 60-degree lob wedges.

In the past, golfers would have to try to “dial in” either a pitching or sand wedge for shots inside 100 yards. That is to say, golfers would restrict their back swing and follow through a certain percentage to produce the desired distance. You would need a three-quarters pitching wedge to hit a 75-yard shot and so on.

This can be a difficult task, even for experienced golfers. Having four wedges instead of two or three reduced the need for these kind of shots.

So one of the best ways for a beginning golfer to improve his score is to practice with wedges of varying degrees.

Another reason why four wedges is the design of the modern golf course. This is especially true for the United States, but is increasingly true all over the world.

Modern courses often have elevated greens. That eliminates, or greatly reduces at least, the need for a bump-and-run shot. A bump-and-run is a low trajectory shot that bounces onto the green and runs toward the cup.

Faster greens have also contributed to the rise of wedges. For a very long time, the advice when hitting a chip shot was the get it on the green as quickly as possible and let it run out. Sometimes players would use an 8-iron or 9-iron for chip shots. That is very rare in today’s game. The greens are just too fast for that.

Players nowadays, will chip almost exclusively with some kind of a wedge. You even see professionals turn more to what is called the “Texas” wedge. That is when you putt from off the green. It is a defensive play and necessary when facing a chip downhill onto a fast green. The fringe and other areas around greens are so well manicured on modern courses, making that possible.

To combat this, some players will practice with one particular type wedge for almost all chip shots.

Cost is another consideration for the beginning golfer. It is great to have high quality wedges, but there is no reason to break the bank.

One type of wedge you won’t see listed here are those specially designed for beginners, with lower lofts and heavier faces. While these indeed could be easier to hit, they are limited in their effectiveness due to a lower flight. They could be good for chipping, but not over a bunker or to an elevated green.

Whether you go with three or four wedges in your bag, here is a list of wedges that would fit well into any beginners’ bag.

Today’s course designs often put golfers at a disadvantage with older wedge technology. Even beginners will be better off with four wedges in the bag, so long as they practice enough with the lob wedge to feel comfortable.

Greens today are not only elevated, they are speedier than ever. A device called a Stimpmeter is used to determine the speed of a green. This device, designed by a man named Edward Stimpson, uses a track to import an even force on a golf ball rolling on a green. Tested on a flat surface, the distance that the ball travels is the Stimpmeter reading.

Why is this important for choosing a wedge? Well, faster greens mean you will need to land the ball more softly to get the desired result.

Of course, the speed of the greens are not the only consideration. Beginners will also rightly consider how seriously they intent to take the game.

If you are planning to learn golf and try to get better, you will want wedges that will last for a while. If that is your goal, the Cleveland CBX is a terrific choice.

For the more budget-minded, you might try the Wilson Harmonized.

Whichever wedges you decide on, understand that these are called the “scoring” clubs, earning that distinction due to its importance in the game.

Along with drivers and putters, wedges have an outsized importance in the game. Consider that when purchasing and practicing.