One of the great things about golf is that it can be enjoyed by people of varying skill levels and ages. The handicap system allows all of these folks to compete against one another.

But technological advancements in equipment have made the game easier than ever, with many of these aimed at specific groups of golfers.

At the top end, professional tour players, this can go too far, or at least seem to. The United States Golf Association and the Royal and Ancient Golf Club, the two main governing bodies of the sport, recently issued a report on how gains in distance have changed the game.

The report, titled “Distance Insights Project,” highlighted several reasons for distance increases: modern equipment, improved training methods, changes in swing techniques, and course conditions. Of those, the target for stopping this march to ever-increasing distance is to rein in equipment.

At A Glance: Top 3 Hybrids

Chances are any rules changes will be aimed at equipment benefitting the best players, not the worst. For the worst, there will always be clubs and balls to help you hit the ball farther. Among the best of those are hybrid clubs. These often have the loft of irons with the look and bulk of a fairway wood. It is a hybrid of the two, therefore the name. Here are some of the best hybrids for high handicappers on the market today. 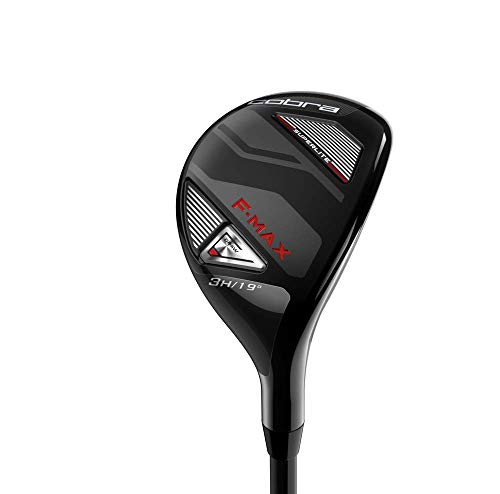 Cobra has made this hybrid live up to its Superlite by cutting 19 grams of weight. It spared 7 grams from the club head, another 7 grams from the grip, and 5 more grams from the shaft. The result is among the lightest hybrid clubs on the market, and a boon for high handicappers who often suffer from slow swing speeds.

Of course, there is more to this club than just light weight. The face is shallow and thin, forged from stainless steel to provide for terrific ball speed and a high launch angle.

Weights have been moved low and back of the club head to produce a low center of gravity that produces forgiving shots that fly high off the face.

A crown alignment feature, along with an offset hosel, helps you keep shots online. 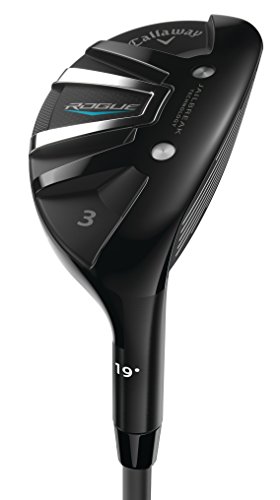 For the first time, Callaway has installed its Jailbreak technology into a hybrid. Jailbreak is the addition of two vertical bars placed behind the face of the club. The result is a remarkably stable club. The extra stiffness in the body of the club moves the impact load to the club face. That means added distance.

And the center of gravity is precisely placed in what Callaway calls Internal Standing Wave positions. That makes it easier to get the ball airborne.

This is a club engineered for maximum distance.

Aside from the low price, what stands out about this hybrid from Pinemeadow is the fact that you can assemble an entire set, 3 through PW. While that might not appeal to every golfer, even every high handicapper, there is a market.

That market consists of players who have low swing speeds and struggle to get any iron airborne. This could include the elderly or golfers who have suffered some kind of injury or other physical limitation.

This is not the finest hybrid on the market but considering the price, it is quite the bargain. 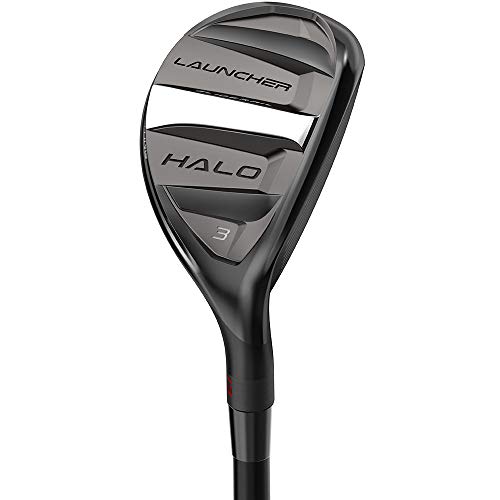 Cleveland’s hybrids are known for its glide rails along the bottom of the club, and its 2020 version features the same. The Launcher Halo has three such rails that are intended to keep the club moving through impact without digging into the turf. It is a simple and effective tool.

Those rails will help you get out of the rough better than most hybrids.

The HiBore crown of the Halo is stepped for an even lower center of gravity, meaning a club that easily gets the ball into the air.

A variable thickness pattern on the face is meant to give more distance with a larger sweet spot. 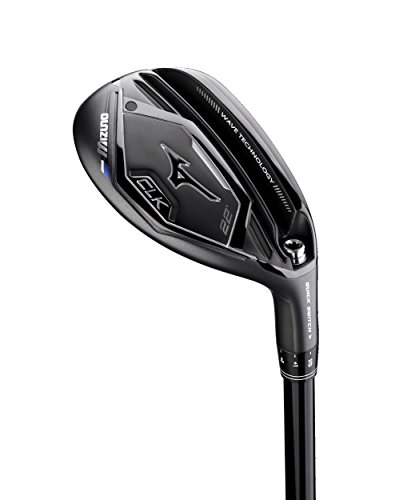 A fine-looking hybrid and high quality to boot, the Mizuno CLK appears to look and perform closer to an iron that a fairway wood. This is true for both the performance and sound it makes at impact.

The club heads are smaller than you might see in many other hybrids. An adjustable Quick Switch on the hosel allow you to adjust the loft by two degrees in either direction. You can also adjust the lie angle by one degree either way.

Mizuno’s wave technology, a slot in the sole of the club, makes an appearance here and is thicker than in previous offerings from the company.

This club remains easy to hit but some high handicappers might be overwhelmed by the adjustability and small head. 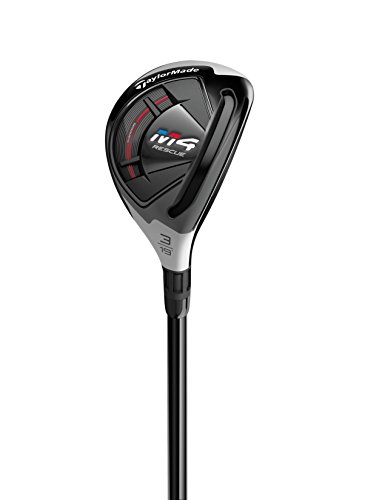 Hybrids are not called rescue clubs as often as they once were when they first came into vogue a few decades ago. But TaylorMade puts the word “rescue” right on the sole of the club. That should be a clue as to how this club is intended to perform

More so than other hybrids, this club is meant to get you out of trouble. Its shape is designed specifically to be used from a variety of locations, from the fairway to the rough and even beyond.

A speed pocket helps deliver consistent ball speed, even on shots hit near the bottom of the face. Split internal weights also make this a very forgiving club.

The M4 Rescue offers great feel, something missing from many hybrids. 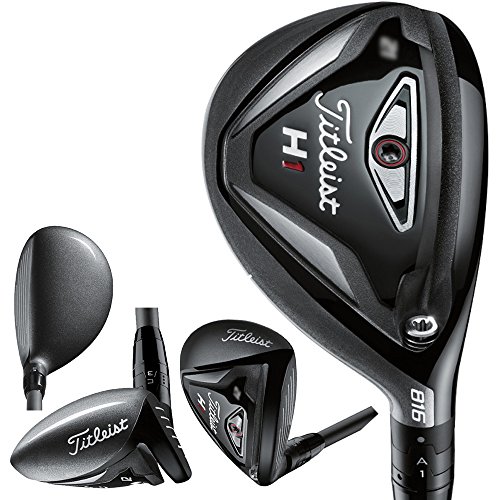 While some hybrids have interesting sole designs to help their club get through the turf, Titleist utilizes a softened leading edge to do the trick.

The face of this club is razor thin and features a high moment of inertia. That means less twisting at impact for a high degree of forgiveness.

The adjustable hosel would ordinarily be a good thing, but might be the only drawback here for high handicappers who might not be equipped with enough knowledge to properly use such a thing. 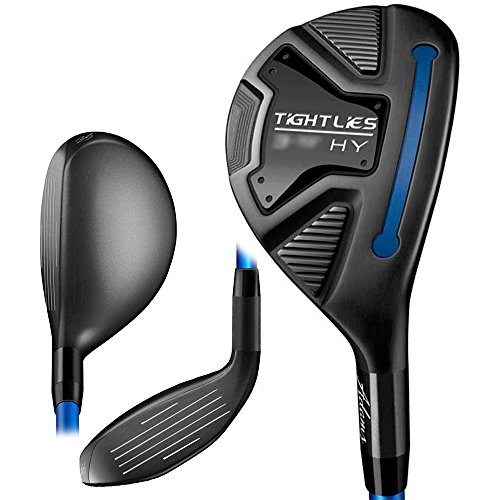 We include Adams Tight Lies here because it helped popularize the common use of hybrids due to its late-night infomercials in the 1990s. Infomercials are notoriously over the top in their claims but this was the first introduction to hybrids for many golfers.

Today, the company is owned by TaylorMade. Its Tight Lies brand is still around. There’s nothing terrible about the clubs, although others have long since passed them in quality.

It still has the same low profile Tight Lies was known for, which appears to be an upside-down look. It’s the sort of thing that is polarizing for golfers. Some may like, many may not.

Hybrids first came about because long irons were so notoriously difficult to hit.

Longer clubs are more difficult to hit properly because the length of the club both puts you farther from the ball and creates a wider arc, allowing more time for things to go wrong in the swing.

Long irons combine the worst of both. Today, long irons are almost unheard of. Almost no player carries a 1-iron or 2-iron, while the 3-iron is fairly rare. You still see what some people call a driving iron, but that often carries a much beefier look than the traditional long iron.

In fact, some golfers like hybrids so much they have replaced every iron with a hybrid. Here are some reasons why hybrids do the job they do and why they are such a good choice for high handicappers.

The larger club head for a hybrid versus a long iron allows for a lower center of gravity. This is achieved by the addition of more weight low and back of the club head.

If you simply moved the center of gravity to the back of the club head but not down, you would get an increase in the launch angle but with a corresponding increase in spin. It effectively increases the loft of the club. More loft means more spin.

More loft is good for poor players, making it easier to get the ball airborne. More spin may not be, as that increases the variability of your poor shots. Draws become hooks and fades become slices with more spin.

To combat that, moving the weight down in the club head decreases spin. The center of gravity that results from weight moved down and back in the club head will yield higher flying shots with less spin. That’s ideal for high handicappers.

The size and shape of the club head also make hybrids easier to hit.

That larger shape means the club can easily power through heavy rough, wet grass, or even sand in a bunker.

The same thing happens on long shots from rough.

You will often see hybrid clubs with a slight offset club face. It is a bit closed to help combat slices that so many high handicappers suffer from.

The main disadvantage of using a hybrid is a lack of control, especially on shorter shots. Less spin means you cannot easily move the ball from left to right. That is not typically a problem for high handicappers, who lack the proficiency to hit a draw or fade on command.

Less spin also means less stopping power on approach shots. If you are hitting a hybrid into a firm green, that can be a big problem, regardless of skill level.

The F-Max Superlite hybrid from Cobra is lightweight, forgiving, easy to hit, and is constructed well. For these reasons, this is our choice for best overall.

The Rogue hybrid from Callaway is designed for great distance. Its design makes it easy to get the ball airborne, while Jailbreak and Speed Face technologies help keep the ball in the air. This is our pick for best hybrid for distance.

Pinemeadow’s Excel EGI are not quite the high quality clubs that many others you see here. But that doesn’t mean they are bad clubs. These hybrids offer plenty of value for golfers looking to save a few bucks. This is also one of the few companies offering a full set of hybrids. This is the clear choice for best budget option.